A Where Are They Wednesday with Clark Wicks 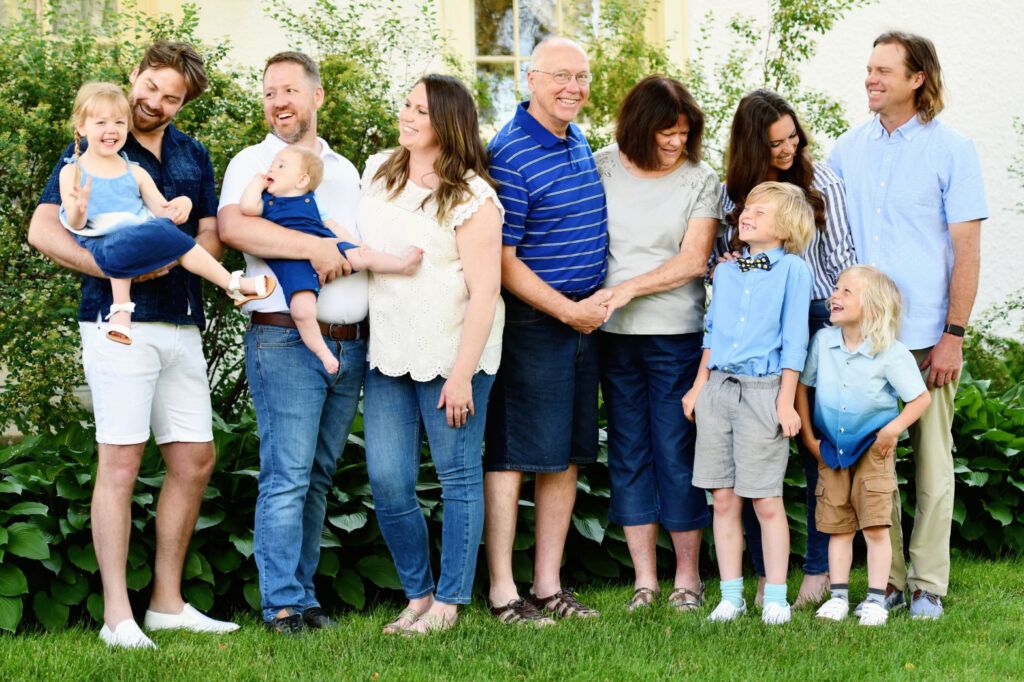 The Clark and Deb Wicks Family

When you visit with Clark Wicks about his memories of Nevada, a common theme emerges. Clark felt a sense of kindness from this community. He felt it from great friends and role models in his youth. “I will always remember the strong foundation of love, kindness, and appreciation,” he said.

Clark graduated from Nevada High School in 1975, and then went on to enjoy the school setting during his adult life. He is presently Superintendent of Schools in Perry, Iowa, where he was previously the district’s elementary principal for 24 years. He’s been superintendent since 2017.

“Go Bluejays and Jayettes!,” he said. He’s an avid support of all things in the Perry Schools.

Clark’s career in education dates back to 1979 and the idea of education as a career goes back even further.

“Before high school, I spent some time helping my mom with her classroom. She was a teacher in the NESCO Community School District for over 30 years,” he said. “That inspired me to go into education, help those in need, and make a positive impact on the students and staff.”

Clark Wicks’ name was brought up on social media this past school year when a decision was made for Perry Schools to join the same athletic/activities conference as Nevada Schools. A retired Nevada educator mentioned that Perry Schools was where a Nevada graduate had landed.

Describing his age as “64 years of wisdom, starting with a Nevada education,” Clark said he’s hoping to work a few more years as superintendent of Perry School District, but he only wants to continue in the role if he can “add value to the school system.”

Relationships are what he loves most about working with students, staff and the greater community. “Students I had in kindergarten are now parents with kids going to Perry Schools.” Clark loves working with people who continually build “Perry Pride,” like the Chamber of Commerce, Rotary, sports programs, Perry Economic Development, and school programs like Professional Learning Communities (PLC) and Capturing Kids’ Hearts.

In fact, he still has some major goals in his career. He wants to help incorporate an instructional framework into Perry’s Professional Learning Communities (PLC) and Capturing Kids’ Hearts. Partnering with young parents to build youth programs in basketball, football and baseball is another of his goals.

GROWING UP AS A CUB

Looking back on his years of growing up as part of the Nevada School District, Clark said his fondest memories were of all the friends he and his four older brothers had and “how well we all supported each other and got along. I was part of a great loving family that had such great friends.”

Life wasn’t always easy for the Wicks boys or their mother. “My dad (Al) passed away when I was 9, so our family had no choice but to pull up our britches, work together to keep the livestock alive and feel fortunate to have such loving friends and family that helped us on the acreage,” he said. “I was truly blessed with four older brothers who were so good to their youngest brother. They included me when hanging out with some of their friends.”

Clark also had great friends his own age. He cherishes the fact that his high school class was full of caring people. “We’re a class that still has a large number return for reunions,” he said.

When he got to junior high age, Clark said his family moved from the country into town. “I think my mom thought it would be a bit more efficient living in town as opposed to making the seven-mile drive to Nevada at least six times a day to accommodate her sons’ activities.”

Sports were a great outlet for the Wicks boys. In fact, Clark said one of the biggest supporters of him and his brothers was local Nevada Journal sports writer Arden Schoep. “He covered sports like no other and was more than generous to the coverage of Nevada sports and the Wicks boys.”

Also important to him were the teachers and coaches he had at Nevada. “Mr. Brown, Mr. Jacobson, Mr. Grimm, Mr. Ball, Coaches Rhoads, Kellogg, Carbee, Kolbeck and McGreevy … They all played key roles in my experience.”

Clark feels fortunate that he was part of successful football, basketball, golf, track and baseball teams. “I was able to watch all my brothers play on a number of very good teams. I, too, was lucky to play with a number of great athletes. I remember what very fun and supportive classmates I had throughout my high school career.”

In recent years, Clark faced what is likely the biggest challenge of his life, battling stage 4 cancer. He went through an intense chemo program – six sets of chemo for five straight days, 24 hours a day. It was during this time that he thought a lot about the wonderful friendships and experiences he’s had throughout his life.

“I learned very quickly that each day is a gift, don’t sweat the small stuff… The love and kind words I received from friends and family allowed me to recover.” This included one of his high school friends, Bob Sandvold, also Class of ’75, bringing him Casey’s donuts. “It was about the only thing I ate during hospital stays,” he admits. “I am fortunate and thankful I had the upbringing of working hard and giving things your best shot.”

Getting through the cancer treatments isn’t his greatest accomplishment in life, however. “My greatest accomplishment is being part of our family.” He’s very proud of his family, which includes his wife, Deb, of 39 years, and their three kids, Kevin, 36; Ashlee, 34; and Kyle, 32; and four grandchildren who range in age from 8 months to 8 years. “Two of our grandkids attend Perry Schools.”

Life’s good for Clark, who, with his wife, enjoys taking part in his grandchildren’s activities, home projects, traveling, and visiting their kids who live away from the Perry area now. Ashlee lives in the Minneapolis area; Kyle works in the San Francisco area. Kevin has a business in Perry, No Lawn Left Behind, and his business also serves the Ames and Nevada areas.

Another enjoyment in his life, Clark said, is attending what he estimates to be around 1,000 Perry Schools activities each year. “The opportunity to enjoy students as they perform in numerous activities and in the classrooms at Perry Schools … I really enjoy seeing some of our youth activities and seeing kids grow and learn.”

The athlete in him also enjoys continued learning. “I really enjoy golfing and am still trying to figure the game out!”

As for the Wicks brothers and how often he gets back to Nevada, Clark shares the following:

Clark said he has visited Nevada each year as a basketball official, to play in the alumni basketball games, to participate in a Nevada golf tournament and to attend the class reunions.

“I like to see the whole town (of Nevada), its upgrades in the City and Nevada School District. I think Nevada is a cool place… I feel very fortunate to have lived in Nevada, where I had so many supportive people.”