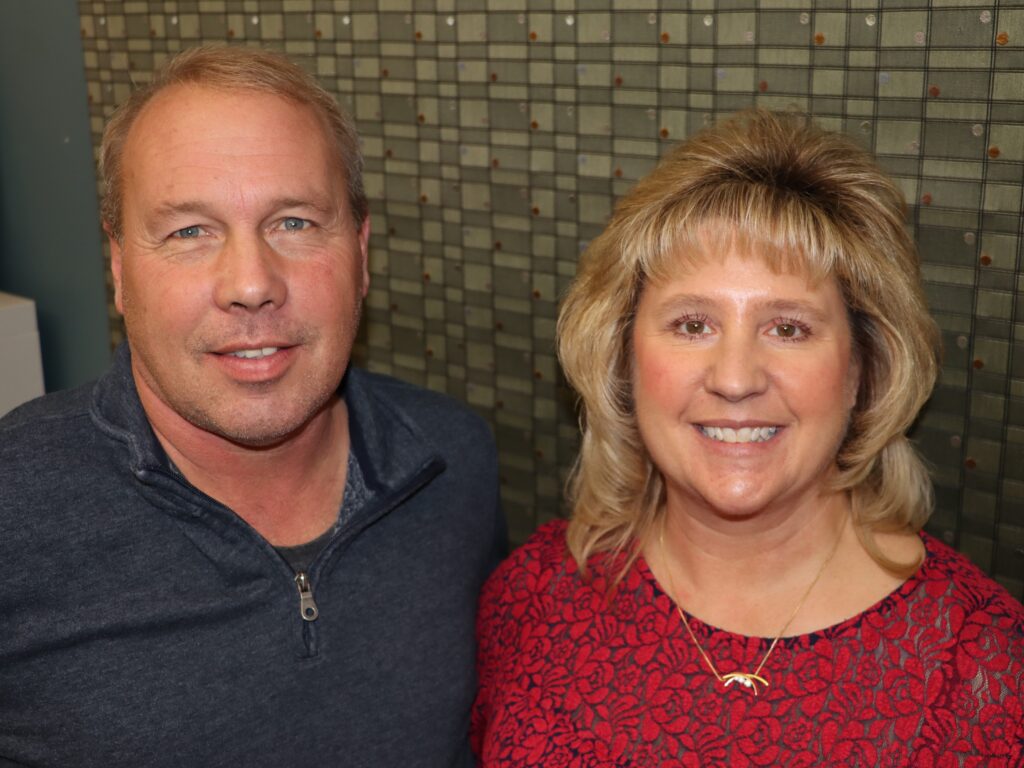 With 100 years of service being given by his family, Assistant Chief Jeff Stensland, who served 34 years, retired from the Nevada Fire Department as 2021 came to a close.

“I was 22 when I started on the fire department,” Jeff recalled. He said firefighters like Bob Carney, Joe Ackerman, Bob Buck, and Steve Hambly were influential in his decision to join back in the late 1980s.

“We’d bought our first house from Bob Carney, and he said one of the provisions of buying this house is that you join the fire department,” Jeff said. The memory brought a smile to his face. “They had a great group of guys, and then there was Steve Herr, one of the best,” Jeff said of the first fire chief he served under.

Jeff worked for Lester Refrigeration in Ames at the time. Now, he’s a full-time farmer.

Jeff’s father, Dave, was a Milford Township trustee, and as such, was very involved with the operations of the Nevada Fire Department and its rural service areas. “He used to bring me to the fire station here in town, right after it was built,” Jeff recalled.

Kristie Stensland, who was Kristie Weuve when the two met during their years in the Nevada Schools, followed her husband’s lead and joined the department in the early 2000s. Kristie’s medical background made her a great addition to the EMS side of the department. She stepped down from the department about five years ago, after 14 years of service.

During their years of serving together, the Stenslands agree the biggest benefit was their ability to support one another.

“We knew exactly what was going on,” Kristie said. Both say that mutual knowledge and support were never more important than when they faced the one fire event in Nevada that still brings tears to Kristie’s eyes.

“After the Opperman house fire (a tragedy in 2005 which took the lives of a young mother and her two young children) we didn’t say much of anything. We just stood in our kitchen that evening and cried. We just knew (how each other felt),” Kristie said.

Jeff said in addition to fires, there’ve been a lot of vehicle accidents through the years, and a number of fatalities. “People have asked me, ‘How do you deal with all of that?’ There’s just a switch in your brain. You switch it off and after the call, you switch it on. It’s hard to explain. Those things do bother me, but you learn to deal with it, do the job you have to do, and go on,” he said.

Being on the fire department also brings a lot of good memories, both Jeff and Kristie agree. “A lot of my best memories are of practice burns when the EMS was there because we could take our kids, and we were all a big family. We have pictures of our kids when they had their fire helmets on … not everybody’s kids get to do that,” Kristie said.

Jeff said in his early days with the department there were a lot of good-natured pranks between the members. The department also offered opportunities for giving rides in the historic Sea Grave fire engine, spur-of-the-moment barbecues with members, trips to fire conventions, and the fun of working together to put on events for the community. One of Jeff’s favorites has always been the Lincoln Highway Days meal.

“It was probably in the early 1990s that we started a Lincoln Highway Days meal with a pancake breakfast. Not too long after, we decided to try a hog roast at noon, and it really went over well, so we just stuck with it,” Jeff said. “We’d go up to the station at 2 in the morning and start cooking. It was really fun.”

Both Jeff and Kristie will tell you the bonds and closeness with fellow firefighters made being on the department enjoyable. “There was a closeness in the group at that time that I don’t think we’ll ever find again,” Kristie said.

And serving and getting to know the members of the Nevada community, was also very gratifying.

“We’d often see people at their worst times, and we’d always try to put a smile on their face before we’d leave. We wanted to make things better for them if we could,” Jeff said.

He continued, “Being a firefighter isn’t like being in a service club, where you have set meeting times. We get called out in the middle of the night. And it’s not a clean job. You’re going to get dirty. You are there to help people, and it’s not about the glamour and the glitz. It’s about helping people,” he said. “And not being judgmental,” Kristie added.

During her time with the fire department, Kristie served as an EMT and as secretary/treasurer. She worked on rehab for firefighters and helped plan for Christmas parties and other events.

Jeff has served in many roles. Former fire chief Terry Sesker made him a safety officer, Jeff recalled. “I was the one to show everybody what NOT to do!” Jeff became a lieutenant for a short time, and then a captain, and finally became an assistant fire chief. He was also both a president and treasurer for the Nevada Firefighters Association, the nonprofit fundraising arm of the Nevada Fire Department. Outside of the department, Jeff served as a Grant Township trustee for a number of years.

Jeff and Kristie’s oldest son, Zach, also served on the department for 10 years.

When it comes to why Jeff is retiring from the department at this time, he said, “you just know when it’s time. I’ve done about all I can do, and I’ve got other things I want to venture into.”

Spending more time with family is one of those things. He and Kristie have two sons and five grandchildren with a sixth on the way.

As for those just starting out their service on the Nevada Fire Department or to those who might be thinking about joining, Jeff encourages them to do so. “I think it’s a great learning experience for anybody, absolutely. I can’t even go into what all I’ve learned. There’s been so much. And I still, to this day, if I went out on a fire tomorrow, I’d learn something. You’re always learning.”