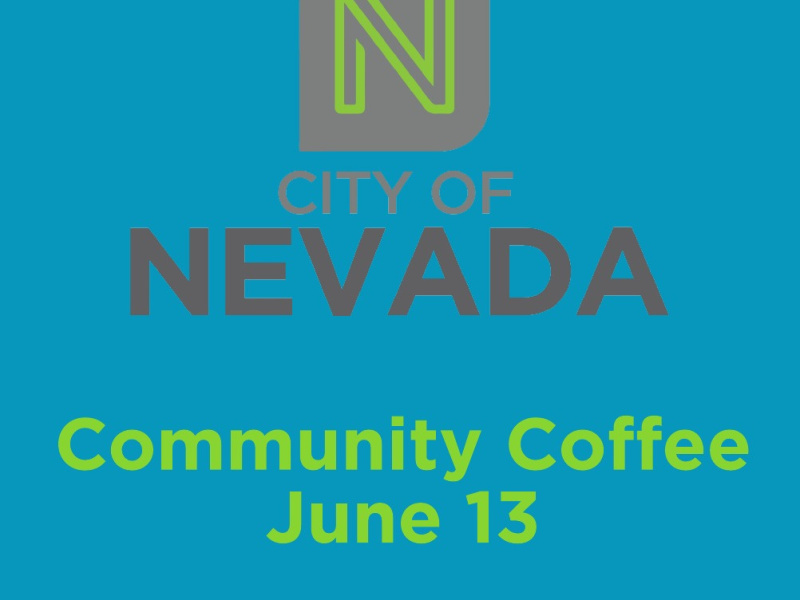 –Rhonda Maier, assistant director of Nevada Parks and Rec, was the guest and talked about the following:

Maier noted that not being able to have the traditional summer baseball/softball program was “a bummer.” But she thanked the businesses who sponsor the summer Central Iowa Rec League, run by Nevada Parks and Rec, for leaving their sponsorship dollars with Parks and Rec to offer other programs. Those programs include a softball and baseball skills camp that is going on now.

A Summer Kids Camp for kids age 6-8 will start July 7 and have a limit (around 24 kids), so parents should sign up soon. Sessions will take place from 12:30-2 p.m. and 2:15-3:45 p.m. at Gates Hall on Tuesdays and Thursdays. There is a cost of $40 per child. Maier described this new offering as being like “an hour-and-a-half fun birthday party.” She said each day would have a theme, like Amazing Race day, Science Day, Disney Day, and more. It all begins with Patriotic Day.

Maier noted that a new kickball offering starts this week at SCORE. This is an activity for anyone from first grade to adults. If you want to play kickball – the old school kind that many of us adults remember – show up and everyone will be divided into teams. Kickball is free on Tuesday evenings, June 15 through July 21, 6-7:30 p.m.

Maier noted that the first tournament was happening at the SCORE Park this weekend. It’s a USSSA baseball tournament, and that organization, as host, is following all necessary COVID-19 requirements that have been put in place.

Maier said adult softball leagues are starting in Nevada around July 1. There is still time (before Monday) to register a team at: https://info.abcsportscamps.com/nevadaiowa.

Maier shared that Parks and Rec has been thinking outside the box this year, and has learned a lot. She said she’s already thinking about fall activities and how to meet the challenges that lie ahead so activities can still be offered.

Questions that came up during the Coffee Time:

–Lots of people and families are out walking more now, which is great to see. Who’s responsibility is it if trees are hanging over sidewalks or driveways? Mayor Brett Barker said it is generally the property owner’s responsibility to make sure trees are trimmed. If a resident sees a property that has a problem, that can be reported through the “Report a Problem” button on the city’s Website: http://cityofnevadaiowa.org/default.php.

–A question was asked about how the city sidewalk project works. Marlys Barker, communications specialist with the city, offered to share a link to this story she did for the newspaper on the sidewalks in May of 2019: https://www.nevadaiowajournal.com/news/20190502/city-prepares-for-another-year-of-sidewalk-program-that-began-in-2009

–It was asked if there is a plan in place for street work after the main street project is completed. Mayor Brett Barker said there is a three-year cycle for street projects, and said residents could check out the city website, under “capital improvement plan” to get a snapshot of streets that are scheduled in the future.

–A question was asked about work on Highway 30 and whether it has to do with plans to create a flyover at S-14 and Highway 30. Mayor Brett Barker said the current work being done on Highway 30 by the Iowa DOT is resurfacing and not related to future work. He said, however, an overpass at Highway 30 and S-14 is in the plans for the city and DOT. Unlike when this issue was in front of the city several years back, he said this time, the city will have much more advance communication about this project. He said there will be various opportunities for the community to attend and/or listen in and ask questions about the project.

–Marlys Barker, new communications specialist with the city, was asked to give a rundown on her first week. In a nutshell, she said it was busy but great.

–Mayor Barker shared that a contract for a new city administrator has been signed, and the city would be working to get more information out about the new administrator this week.

*To hear the entire discussion, go to: https://www.facebook.com/cityofnevada/videos/711827412692220/?__tn__=%2Cd%2CP-R&eid=ARDSYoOn6fsmudbcLECboGuWKCFgiFag88rHF4JIH8AR50t2hKCSin8Au_hU7mvmVz0mCxhfx9KZoWUW