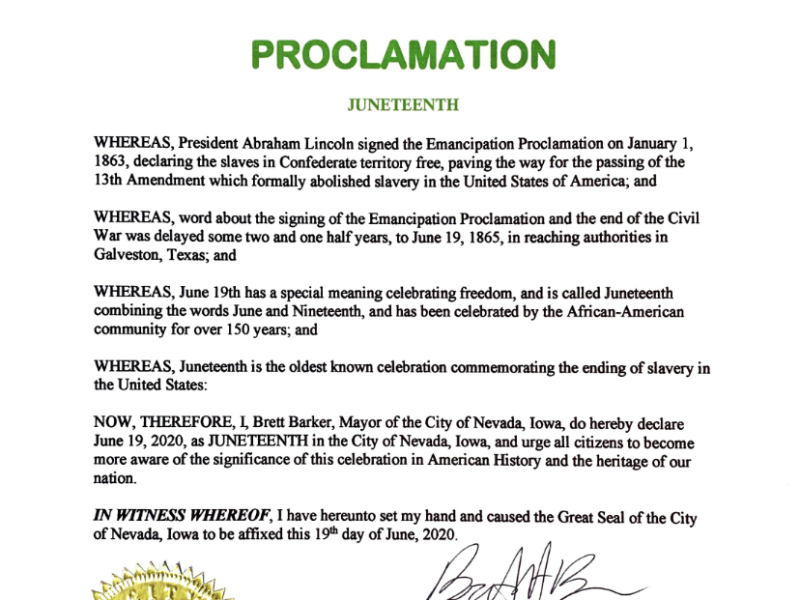 WHEREAS, President Abraham Lincoln signed the Emancipation Proclamation on January 1, 1863, declaring the slaves in Confederate territory free, paving the way for the passing of the 13th Amendment which formally abolished slavery in the United States of America; and

WHEREAS, word about the signing of the Emancipation Proclamation and the end of the Civil War was delayed some two and one half years, to June 19, 1865, in reaching authorities in Galveston, Texas; and

WHEREAS, June 19th has a special meaning celebrating freedom, and is called Juneteenth combining the words June and Nineteenth, and has been celebrated by the African-American community for over 150 years; and

WHEREAS, Juneteenth is the oldest known celebration commemorating the ending of slavery in the United States:

IN WITNESS WHEREOF, I have hereunto set my hand and caused the Great Seal of the City of Nevada, Iowa to be affixed this 19th day of June, 2020.