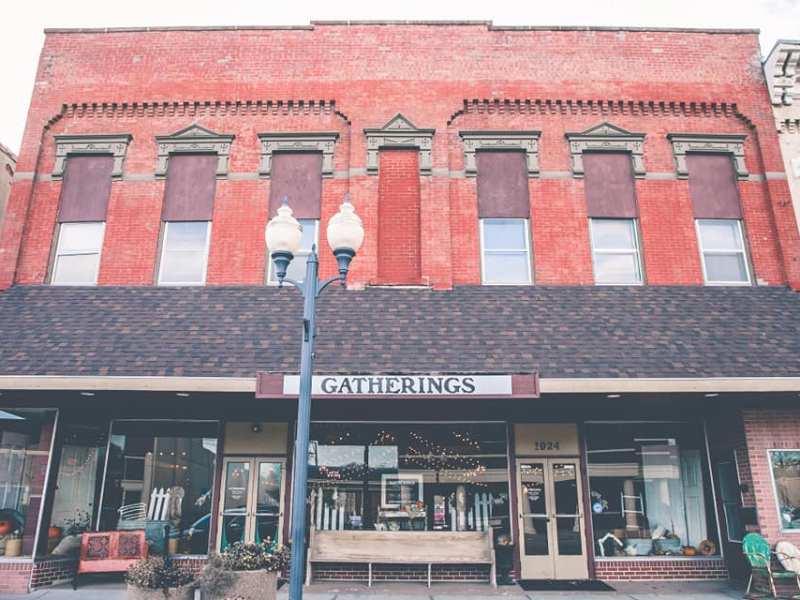 The Nevada City Council voted unanimously to give financial support to a Nevada downtown business owner. Evie Peterson, owner of Gatherings, Farmhouse Catering and several other related businesses, seeks to apply for a $75,000 Challenge Grant through the Iowa Economic Development Authority and Main Street Iowa.

“Nevada really has two downtowns,” Corbin said. “There’s one that’s around us and one that’s 15 feet up.” It’s those upstairs spaces, Corbin continued, “that are so vital to making this a successful downtown.”

Peterson, and her husband, Seth, have plans for a $450,000 “collaborative co-working space” to be constructed in the upper level at 1024 Sixth St.

As laid out, the conceptual 5,000-square-foot floor plan includes Farmhouse Catering offices, restrooms, a board room, library, lounge, studio, and a co-working space.

Peterson’s vision, as presented with her drawing, is to bring the “co-working market” to Nevada. This is an up-and-coming endeavor for many cities worldwide and a concept bolstered by the pandemic’s work-from-home model.

“We visualize a space where people gather to create, work, innovate, and inspire. We seek to create spaces that are practical, comfortable, and multi-functional. We see this as an opportunity to serve the community as well as encourage local entrepreneurs and businesses in their ventures,” Peterson outlined with her conceptual plan.

Peterson has proven herself an exceptional business visionary, whose success in Nevada has led to growth in her business line.

Nevada council members have no doubt when it comes to trusting in Peterson’s vision, or providing support funding to her grant application.

“Evie’s been a huge part of our downtown,” said Councilman Dane Nealson. “To me, this is a no-brainer.” For Nealson, supporting a project of this magnitude creates momentum and opens the doors for even more success and growth in Nevada’s downtown.

Councilman Brian Hanson echoed Nealson’s sentiment. Hanson asked the council to put forth $15,000 toward her application (which will come out of Local Option Sales Tax revenues).

“She’s confident she can be successful … I think it would be worth every penny, (because) this could be the wheel that could start this whole downtown (Main Street growth)” rolling, Hanson said.

Hanson added that the city’s contribution is a small price to pay to show support to the main street business district. “This doesn’t only help this project, but it says to everybody else … we’re ‘all in’ here.”

Hall noted the City’s show of support, the belief in what Peterson can do, are important pieces of her being successful with the grant application.

Councilwoman Sandy Ehrig also acknowledged the importance of Main Street Nevada. Being a Main Street community, she said, makes it possible to apply for this grant.
Peterson’s application for this grant is due mid-September.

Along with funding support, city leaders have also offered in-kind services and volunteer hours as support to this project.

Mayor Brett Barker applauded Peterson for having a vision that has proved him wrong. When she first bought the historic and large main street store space and talked about putting in an events venue, Barker said he never thought it would work. But it was more than just successful. Farmhouse Catering and Gatherings were the start of several related and successful business ventures. “I’ve never been so proud to admit, I was wrong,” Barker said.