Points of interest from the January 9 City Council Meeting 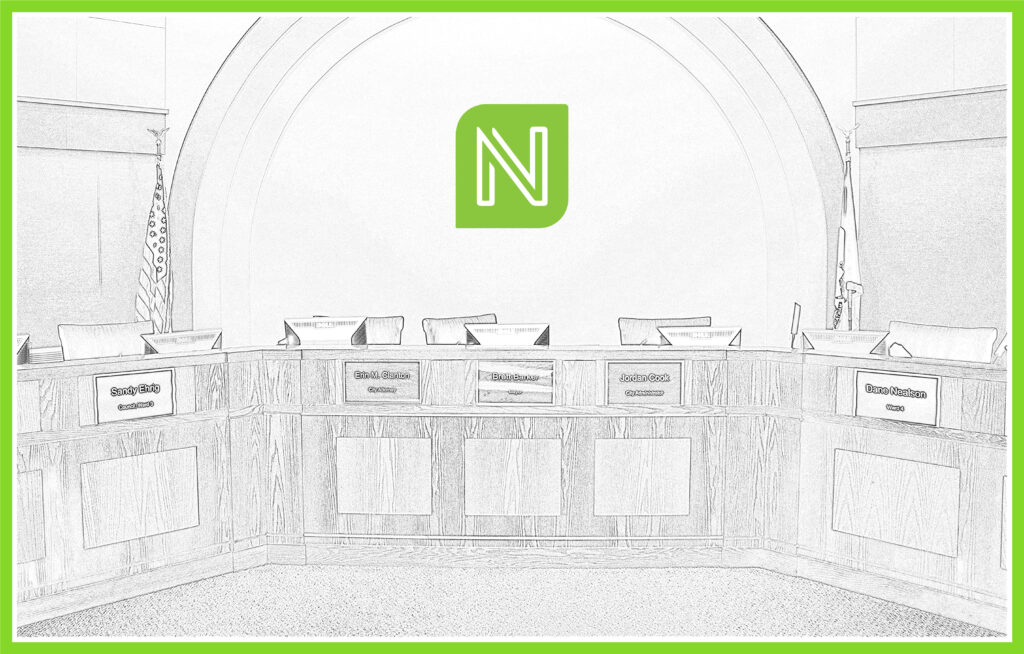 Our live feeds of the Jan. 9 meeting encountered audio issues. We apologize for that. Our sound system isn’t always reliable, but we have tried to provide the service as often as we can and are looking at ways to update the technology. We hope to have it working better by the next meeting, but we invite residents to attend meetings in person to be sure they hear everything.

Most of the interesting points during this meeting came during the reports section.

A packet of hiring/community information is ready to advertise for a new Director of Public Safety/Chief of Police for Nevada. Current DPS/Police Chief Ricardo Martinez II is nearing retirement, and a transition will be coming. Councilman Steve Skaggs wanted to know where the hiring information will be posted. The answer: A variety of places, in as cost-effective a way as possible. Those places include the City website, League of Cities postings, a consultant provided list of business outlets that are free for these types of postings, and the ISU website.

A Public Arts Commission will be appointed for Nevada, and it was discussed that having seven members on the commission from a variety of backgrounds would be a good starting point.

Council spent a little time discussing the possibility of putting speed and or security cameras in place in the community. It was discussed that a speed camera located on Highway 30 through town would be a good place for this device. Council members expressed different opinions on having or not having speed cameras. All council members seemed in agreement about having security cameras operating in the community, and there was interest in whether a mobile camera unit would be worthwhile. The City Attorney said the biggest cost to the City on speed cameras would be the legal fees associated with challenges to citations. In the end, Councilwoman Sandy Ehrig said, “It’s a controversial issue so we need to be as informed as we can be (on all options).” City Administration plans to collect more information on cameras for the council to review.

Councilman Jason Sampson said the Lincoln Highway Days Committee is still looking for volunteers to join the planning committee. Reach out to the Main Street Nevada office if interested.

Mayor Brett Barker noted that Pizza Pie Looza is looking for groups/organizations who want to be involved in the May event with an activity or as volunteers. Please reach out to the Pizza Pie Looza Facebook page if interested.

Councilwoman Ehrig also reminded that a public arts workshop (as was featured in the January issue of Our Nevada) is coming up Saturday, Feb. 25, with both afternoon and evening sessions. Both the afternoon workshop and the evening social time are open to any Nevada residents who wish to share their thoughts, memories, stories, and interesting sayings, especially as they relate to the Nevada community. The afternoon workshop is from 2:30-4:30 p.m.; the evening event is from 7-9 p.m. Both sessions will be held at the SCORE Pavilion.

Tim Hansen, Director of Parks and Recreation, noted that the department is in the midst of taking seasonal employment applications. He also had exciting news that steel has begun arriving for the Field House project.

Sgt. Chris Brandes gave a report for the Public Safety Department, noting that Officer Matt Celentano started today as the department’s new detective. He will be working through training and transition with current Detective Sgt. Andrew Henderson, who will transition into more administrative tasks in the future. Brandes also noted that during the Dec. 22/23 blizzard conditions, the PD and City Streets Department had very good communication with each other. And, he said with the Lincoln Highway now closed between Nevada and Ames, the PD sign trailer is in place on Lincoln Highway to help motorists remember they need an alternate route.

Finally, it was mentioned by Council Brian Hanson that he’d noticed more officer’s present at school activities, and he said this was a very nice thing for officers to do. “The kids really enjoy visiting with our officers.”