Review of consumer fireworks use in Nevada 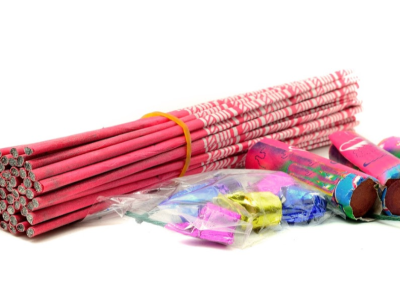 In 2017, Senate File 489 passed in Iowa, and for the first time in decades, it became legal to sell, buy, and use fireworks in our state.

This morning’s City discussion via Zoom was a review of fireworks after four seasons of residents being allowed to use them in Nevada.

It was evident from the comments made by a few residents during the discussion that there are people who are very much against fireworks being allowed in the city limits. It is also apparent some residents enjoy the use of fireworks. According to our Fire Chief Ray Reynolds, an ordinance banning fireworks altogether could backfire with even more use at more times (as other cities are seeing).

In 2017, the city allowed summer fireworks use for a period of over 30 days (June 1 to July 8), in line with the time that Iowa allows for fireworks sales.

Hearing from many residents (over 1,000) who came to council meetings or answered a survey on the topic, the Nevada City Council, in June 2018, voted to go from over 30 days of allowing summer fireworks use to 4 days, July 1-4. This was the most supported proposal by those surveyed and was a compromise between the “just over 50 percent” of residents surveyed who did not like having fireworks in city limits, and the 48-49 percent who did.

Over the past four seasons, the city has tracked some important numbers related to consumer fireworks:

In this morning’s discussion, the police chief and fire chief talked about some of the difficulties of enforcing the city’s fireworks ordinance; and the importance of safety when it comes to those who use them.

When asked to comment, Fire Chief Reynolds had this to say:

“These (fireworks) sales locations are permitted by law… We started out with three locations … in Nevada. Now we are down to one location, and we have not had any problems with that location for two years now (during mandated inspections)… Having an enforcement approach upfront, letting [consumers] know what the rules are and providing safety flyers (for those purchasing) …” has been done in Nevada.

About injuries across the state, he said, “Traumatic injuries have gone up 150 percent since the legalization of fireworks. Don’t kid yourself; people are getting injured from these consumer fireworks.”

About the tone in Nevada: “One thing I’m pleased with in Nevada is the tone that the police and fire departments have taken. Usually when we stop by and tell people that it’s a $585 municipal infraction (to go against the ordinance), that pretty much curtails it… The cities that have completely outlawed it say their residents often feel, ‘It’s illegal, I have nothing to lose, let’s just discharge it’…” (leading to all kinds of fireworks going off during the sales period).

“In general, I’ve been very impressed with how the ordinance has helped us reduce (the fireworks use window) … if anyone can remember what four years ago sounded like, that’s what a lot of communities are experiencing,” Reynolds said.

The video discussion is available on the City of Nevada, IA Facebook page.

Going forward, the city will work to bring even more awareness and education to residents about how and when they can shoot fireworks and how residents can be more actively involved in holding ordinance violators accountable.