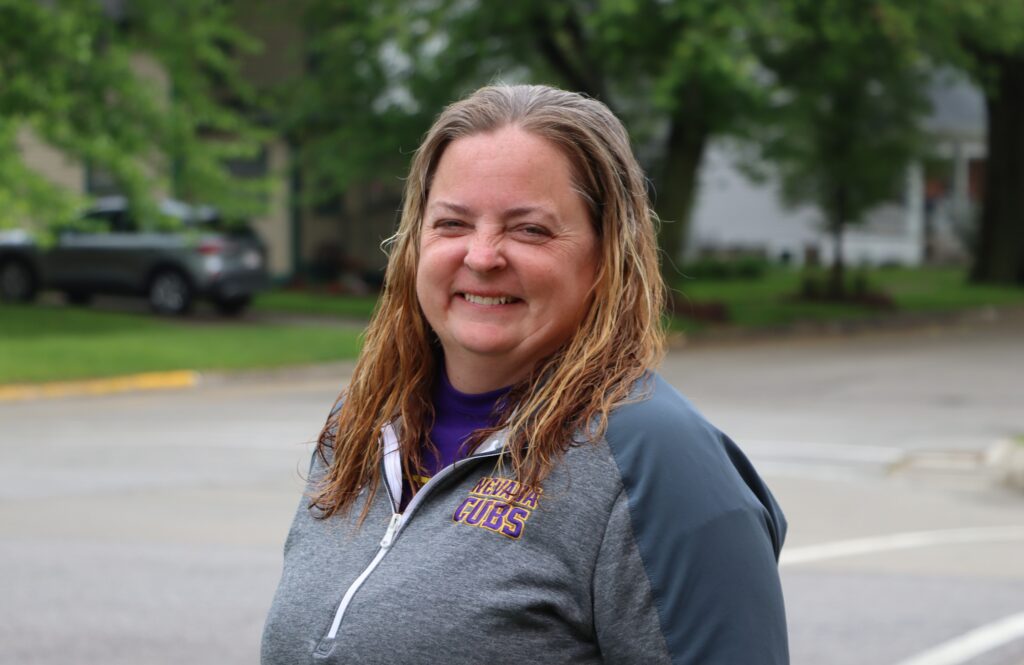 Sarah Lancaster of Nevada began working full-time as the new program assistant with the Nevada Parks and Recreation Department this past Monday.

Sarah, a native of Nevada and a 1997 graduate of Nevada High School, may continue her employment with the City for many years if she follows the example of her grandmother, Frances Hines.

Frances worked for the City of Nevada for more than 40 years, first as a deputy city clerk who returned from retirement to continue helping at City Hall, and then ended up working in the Parks and Recreation offices until she was 80. Frances passed away at the age of 87 in 2008.

Sarah has been working for the Nevada Parks and Recreation Department on a regular part-time basis for the past five years. “It would probably be easier to list what I haven’t done,” she said. She’s helped with umpiring youth sports, organizing and supervising youth sports, managing at the aquatic center, and helping with special events. “I’ve done anything they’ve asked me to do.”

Her full-time job for the past 12 years has been with the Nevada School District as a para-educator at the elementary. She has worked one-on-one with students and also been involved with behavioral interventions. She enjoyed her job at the school, but the chance to work full-time with Parks and Recreation was something she couldn’t pass up.

“Even if I hadn’t needed a second job, I would have kept doing things with parks and rec. It’s kind of a dream job,” she said. “We get to do something different every day and be part of the community and helping the community.”

Week one in her new job has definitely had variety. She’s been busy cleaning the pool (which opens June 4), doing employee training for summer employees, and working in the office on swim lesson signups and registrations. Moreover, while she has some learning to do on office procedures, a lot of what she’s working on is very familiar to her from her part-time position over the years.

“Getting my email to work has been the most challenging” part of her first week, she laughed.

Prior to working at the schools, Sarah did in-home daycare in Nevada. She served on the Nevada Soccer Club board for 10 years, has coached many youth sports teams, and has worked part-time at the Main Street Dance Studio, which she plans to continue doing.

Sarah loves that Nevada is a smaller community where she knows most of the people. She hopes to continue getting to know people through her job with Parks and Recreation. She’s also excited that she got to join the office during her favorite time of the year – baseball/softball season. “The weather hasn’t been great this year, but I like everything about being out on the ballfields and being with kids.”