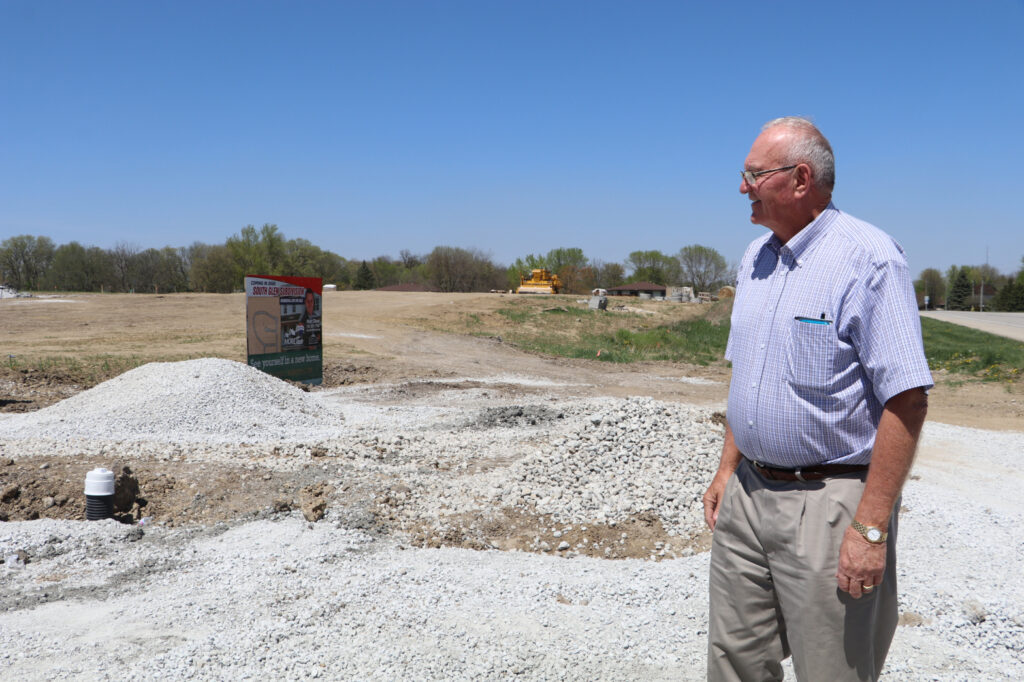 At least a couple of times a week, Jim Frevert drives out to where the South Glen subdivision is starting to take shape.

Frevert is, of course, one of South Glen’s developers, along with Al Kockler.

“They’re doing a good job,” Frevert said this past Friday, looking over the street paving work that Construct Inc. has accomplished in the past two weeks.

South Glen is a 38-acre parcel located along the west side of 11th street at the furthest southern point of the city limits. The first phase of the project focuses on 26 lots, Frevert said. The entire subdivision will include 59 total lots for high-end housing construction.
For now, work focuses on the northwest corner of the development.

“We’ve had an indication that there’s enough interest that we may do all of the rest of the subdivision in phase two,” Frevert said, even though the initial phase is about one-third of the total.

Frevert said he’s pleased they’ve already had inquiries from people wanting to build homes at South Glen. “It’s been such a long time coming,” he said of the development, which was something he and his wife, Clare, had talked about for years as a perfect site for more housing.

But knowing it was a perfect place and making it happen were two different matters.
Developing a subdivision right at the city limits, in rural water territory, wasn’t an easy matter to work out.

“I really have to thank Matt Mardesen (former Nevada City Administrator) for putting together a deal with rural water,” Frevert said.

Frevert also thanked his partner Al, who has been able to sort out many of the details of the project. “His accounting background has really helped.”

“And I’d like to thank Fox Engineering’s Scott Williams who is our lead guy and has done a really good job, and Marc Olson, our Realtor,” Frevert added.

Frevert calls himself the project’s biggest “cheerleader,” and said he’s learned a lot about patience by being part of it.

As he sees the first few streets now paved in the subdivision, which will eventually have three entry streets coming off 11th Street, Frevert is pleased, and he is reflective about the progress of the Nevada community as a whole.

“I’m just so pleased with Nevada. We’ve had so much economic growth here. All that economic growth has led to the need for more housing. It really all has a domino effect. It’s just great to see.”