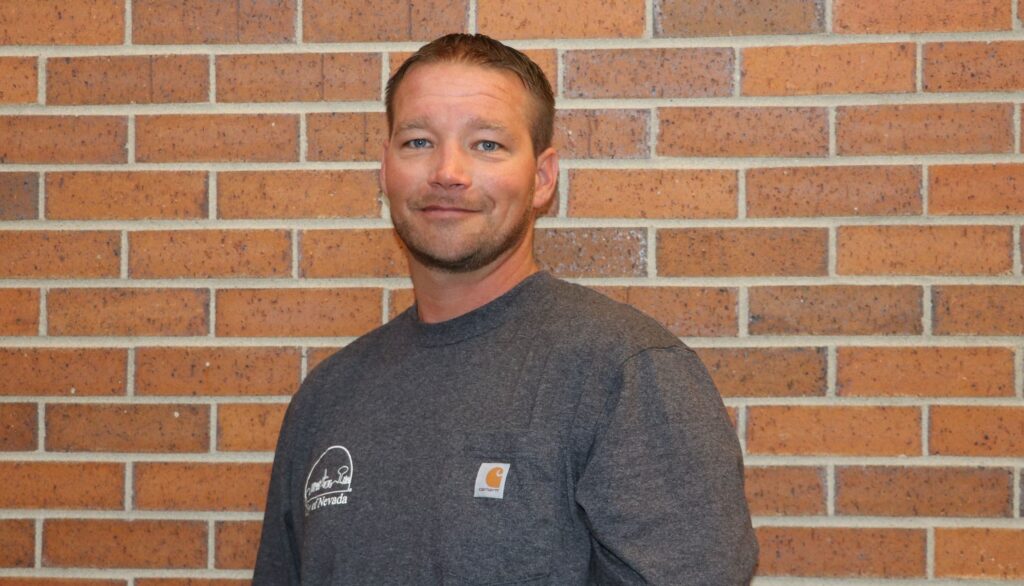 The Nevada Water Department is back at full staff this week. Jamie Cleveland, 39, of Nevada has joined the team as a water operator.

Cleveland previously worked in construction in heavy equipment and as a carpenter. On the side, he’s the owner of Seamless Gutters, a business he’ll continue to own and operate as an “on the side” occupation.

He believes the job with the City is the right choice for his future. “I wanted something more steady,” he said.

Jamie grew up in the Lakeview, Iowa area, and was a 2001 graduate of WLVA High School. “I went from high school right into working,” he said.

He came to Nevada about eight years ago for construction work and has stayed in the area. He has a son and daughter, Connor and Charleigh, who are students in the Nevada Schools. Connor will be at the middle school this year, and Charleigh still at the elementary.

In his free time, Jamie enjoys playing slow-pitch softball. In fact, he sponsored a team through his own business this year. Other pastimes, he said, would be spending time with his kids and riding his Harley motorcycle.

“I just got back from Sturgis,” he noted. “This was my first year riding a bike there.” He had been to Sturgis before on a family vacation in the area, but this year, he rode there with friends.

Jamie believes Nevada will be his home for years to come. “I’m just a small-town guy, and I’m getting to know everybody and have worked for people around here with construction. I like it here.”