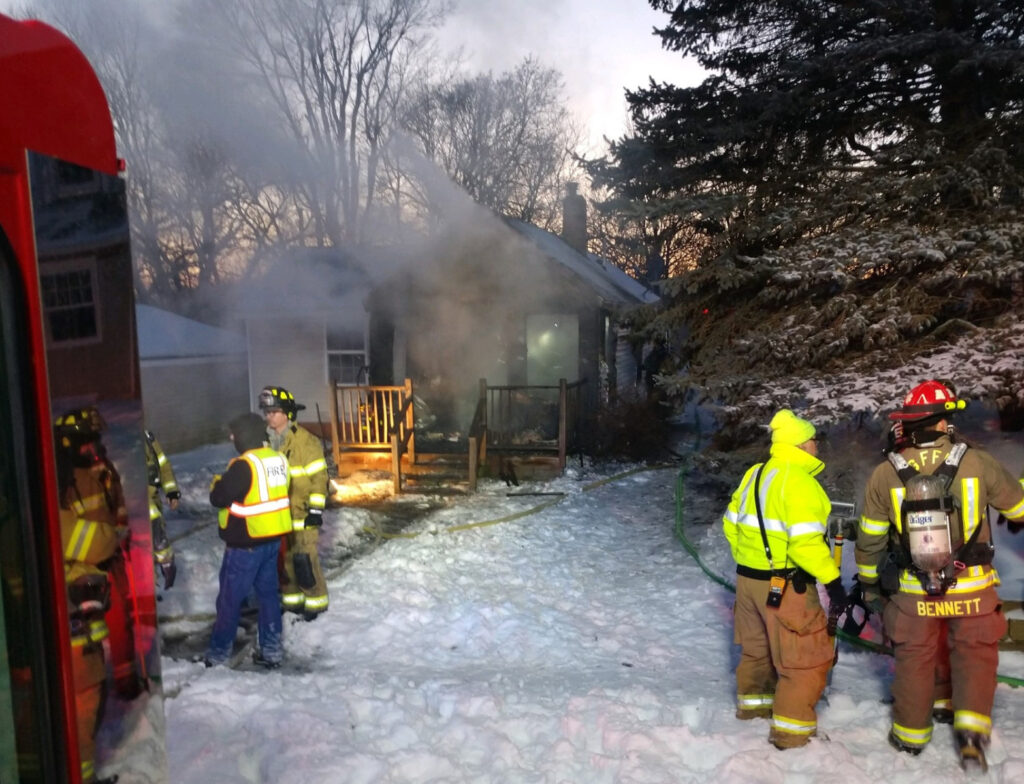 A 74-year-old Nevada man is alive and safe today because of the quick actions of his incredible neighbors.

Russell Williams is the resident of a house at 516 4th St. in Nevada. The home he resides in was a structure fire site less than 24 hours ago.

According to Nevada Fire Chief Ray Reynolds, the Nevada Volunteer Fire Department was dispatched at 5:05 p.m. on Thursday, Feb. 4. But before the fire department arrived on the scene, neighbors had thankfully already acted to bring Williams to safety. 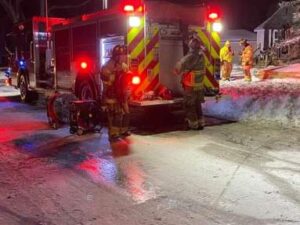 Sara Shill, who lives at 406 F Avenue, just up the street, saw smoke coming out of the 516 4th St. property’s front door, Reynolds said. Also seeing the smoke was another neighbor Joni Williams (no relation to the victim) and she made a first call to 911, Reynolds said. Shill ran across the street to John Stein’s house, just north of the burning structure. Stein called 911 as he and Shill made their way to the burning house.

Williams, who typically utilizes a walker, had somehow made it to his front door without it. He had no shoes on and was waiting at the door for help. He’d been unable to place a phone call because his phone was out of reach.

“It was bad, the flames were big and were chasing him out of the house,” Stein said. “If he hadn’t been at the front door waiting, there wouldn’t have been a thing we could have done [for him].” 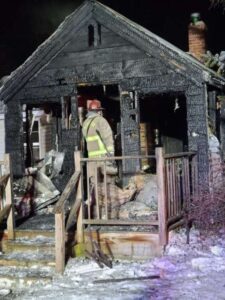 Despite the danger, Williams was still hesitant to leave his home. “We didn’t really give him an option,” Stein said. Stein carried Williams out of the house, and thankfully, into the warmth of a running SUV.

“Someone was driving by in an SUV, and the driver knew it was a serious fire. He pulled over and offered assistance,” Stein said.

Stein didn’t get the SUV driver’s name but noted how thankful he was that it drove by when it did and offered that warm vehicle where Williams could get out of the elements.
The Nevada Volunteer Fire Department had an assistant chief on the scene two minutes after dispatch, and the first engine arrived seven minutes after dispatch. “We had 25 fire department members respond,” Reynolds said.

Nevada’s fire department is part of a mutual response effort with area fire departments. Colo, Roland, and Gilbert fire departments all responded to assist on Thursday. “The fire was mostly out as they arrived,” Reynolds said, “but the automatic response of other departments is an important back-up measure to have in place for all of these communities.”

Reynolds said the fire started in an outlet where a space heater and other cords were plugged in. Williams stated he’d tried to fight the fire but was quickly losing the battle. Reynolds estimated 30-40 percent of the fire involvement happened before the 911 call was placed. He can’t stress how important it is for neighbors to act quickly, as they did in this case.

“It is, in my opinion, their combined actions to see the fire, get 911 called and to further put themselves at the door in intense heat and smoke, carrying a 74-year-old veteran from his burning house, are indeed heroic,” Reynolds said.

Stein said it’s the first time he’d been involved in a fire emergency. 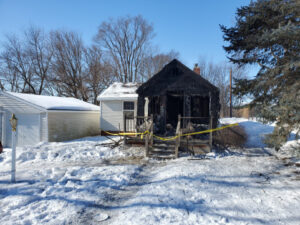 Stein hopes other people can learn from what he and Shill were called to do in this case. “Fire is a pretty rare event, but if you’re ever faced with seeing a property on fire, you’ve got to go help.”