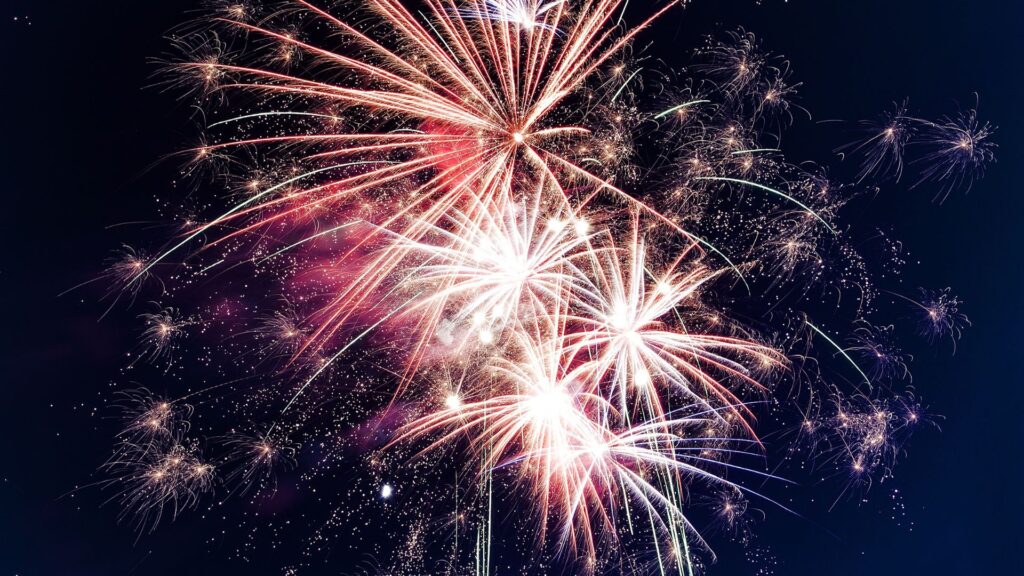 Once again, the Fourth of July has come and gone. In the City of Nevada, IA, the dates and times that residents can legally discharge their own fireworks has now passed for this summer. The City’s Fireworks Show was held last night on the holiday.

Here are a few questions that the City has received from residents. Fire Chief Ray Reynolds has given us the following answers.

This year’s City fireworks show started a little later in the evening than usual. Why?

Reynolds: “We were monitoring some electrical activity in the clouds with storms north of our site that later produced severe weather by Center Point. Since everything is hard-wired to a firing control board, we want to make sure there is zero risk of stray current in the area. We also had some time to allow the winds to die down from the south so our shells would fly more upward.

Was this year’s show as “big” — in terms of the number of fireworks and cost — as in past years? And how much work goes into in making the City fireworks show happen?

Reynolds: “The city normally purchases $8,500 for a 25-30 minute show. The cost of fireworks went up dramatically, with Conex shipping charges from China costing $50,000 per container. This year, the same $8,500 show cost the city $10,000. It was a 20-25 percent cost increase in one year. In the past, we’ve used Iowa’s hotel/motel tax along with some generous donors and citizens’ efforts to raise funds to pay for fireworks. In order to continue having fireworks, it will be important for donors to step up. There is no longer a hotel (at this time) in our community (therefore no proceeds from a hotel/motel tax).

“The fire department used to collect donations and help supplement any shortages to reach the $8,500 amount. Anything less than $8,500 is a smaller show. We received a lot of complaints when the shows only lasted 15 minutes. This year’s show was 29 minutes from first shell to last shells. After the finale, there are a couple of shells that get shot off because they failed to fire. However, usually people know when the grand finale is fired. (As for the fire department helping with fireworks funding), it is hard for me to justify using donations from the fire department for fireworks when $10,000 could buy three sets of fire protection clothing (bunker gear) for firefighters.

“After the show the fire department helped the vendor clean up and pack all the tubes in their trailer. The roadway was cleaned of cardboard and fireworks debris. The total event required the road closure from 5-11:30 p.m.”

Why doesn’t the fire department actually shoot the fireworks anymore?

Reynolds: “The city has contracted for an outside company to set up and shoot the fireworks since 2019. The fire department provides assistance in securing the site, closing the road, fire suppression standby, and medical standby. The fire department had hand-lit fireworks with fuzes for many years. It was a risk I am not prepared to take with our staff/volunteers.”

Will having the new fieldhouse being built at SCORE affect this location for future shows?

Reynolds: “We have already discussed fireworks with the field house installation. We do not anticipate any problems at this point with fireworks. We will no longer be purchasing the lower flying ‘cake’ fireworks and will continue to purchase 3-, 4-, 5-, and 6-inch shells. With substantial donations to the city fireworks fund, we hope to keep the July 4th tradition of shooting professional fireworks in Nevada. I think people enjoy it.”

Did you feel people followed the rules about shooting their own fireworks this year?

Reynolds: “Yes. I was extremely impressed with the level of compliance with fireworks mostly limited to the dates and times specified in our ordinance. We did have one fire in a dumpster related to fireworks debris but overall, I continue to be impressed with our citizens’ discretion to follow the rules… Our research with other cities convinces me four days allows for more compliance than shorter compressed fireworks time limits.”

The City has an account set up specifically for fireworks donations. Any resident or group may mail in or stop with a check at any time during the year to give money to go into the fireworks account.