Getting to know Kellan Sydnes, the City’s newest police officer 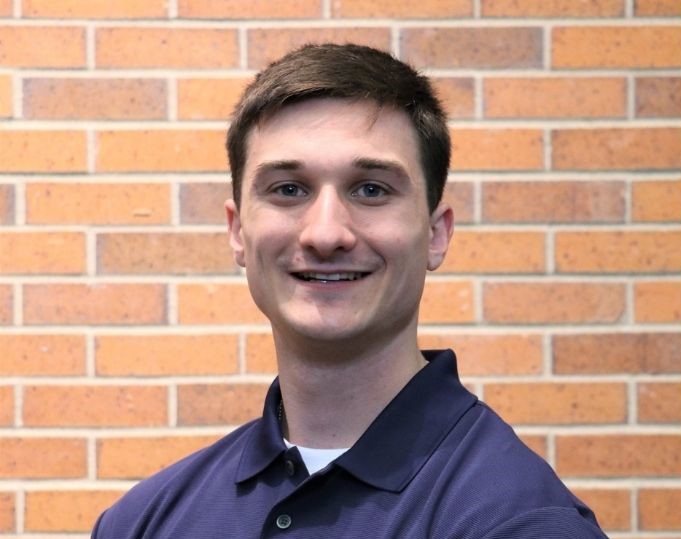 Nevada’s newest police officer describes himself as “pretty laid back and easy-going,” and he hopes those qualities and his love of talking with and helping people will serve him well in his new position.

Kellan Sydnes, 22, was sworn in Monday and is spending his first week doing ride-alongs with officers, learning about the community, and doing lots of paperwork.

“It’s been a ‘knowledge dump’ for sure,” said Sydnes, a 2017 graduate of the original Ankeny High School. “It’s a little overwhelming, but I feel I’m handling it pretty well.”

While in high school, Sydnes enlisted in the United States Marine Corps, and the August after he graduated, he shipped out to San Diego to the Marine Corps Recruit Depot.
“I was in (the military) from 2017 to June 29, 2018,” he said. He had an honorable medical discharge at that time. After healing from injury, he was cleared to go back but started thinking about taking his life in a new direction.

“I had always thought about law enforcement,” he said. “I had a friend growing up whose father was a police officer/detective, and I’ve always had only good encounters with the police. I thought it was something I could do well, give back to a community and utilize my experience with the Marines.”

Now living in Ames, Sydnes went through the arduous hiring process and was offered a spot in the Nevada Public Safety Department.

His parents, Karen and Steve Sydnes, were at Nevada City Hall when their son was officially sworn in on Monday. “They’re very excited, very proud,” Sydnes said. His mom works for Unity Point, his father for Wells-Fargo. He also has an older brother who lives in Nashville, Tenn.

In high school, Sydnes played lots of sports — wrestling, football, basketball, and his favorite, baseball. “I was a utility player (in baseball),” he said. “I played about anything but catcher. Mostly I played in the outfield.” One of his favorite pastimes as an adult, he said, is going to the gym. He also likes hanging out with friends and playing video games. “I’m still a kid at heart!”

In the past, his only experiences with Nevada were when he came here as a child with his grandparents to watch the Lincoln Highway Days parade.

Now he’s looking at Nevada from a different vantage point, and he’s impressed. “I enjoyed seeing the Story County Sheriff’s Office. Story County Medical Center is really cool, the structure (of the building) is amazing.” He’s also eaten some of Charlie’s chicken at Good and Quick during his first few days.

He’s also participated in several calls and spoken to members of the community in the process. “I feel good about becoming a police officer. I think this is something I can do well and turn into a career,” Sydnes said.

Next week, Sydnes starts training at the Law Enforcement Academy in Johnston. He returns to Nevada to begin his official training with the Nevada Public Safety Department in August.