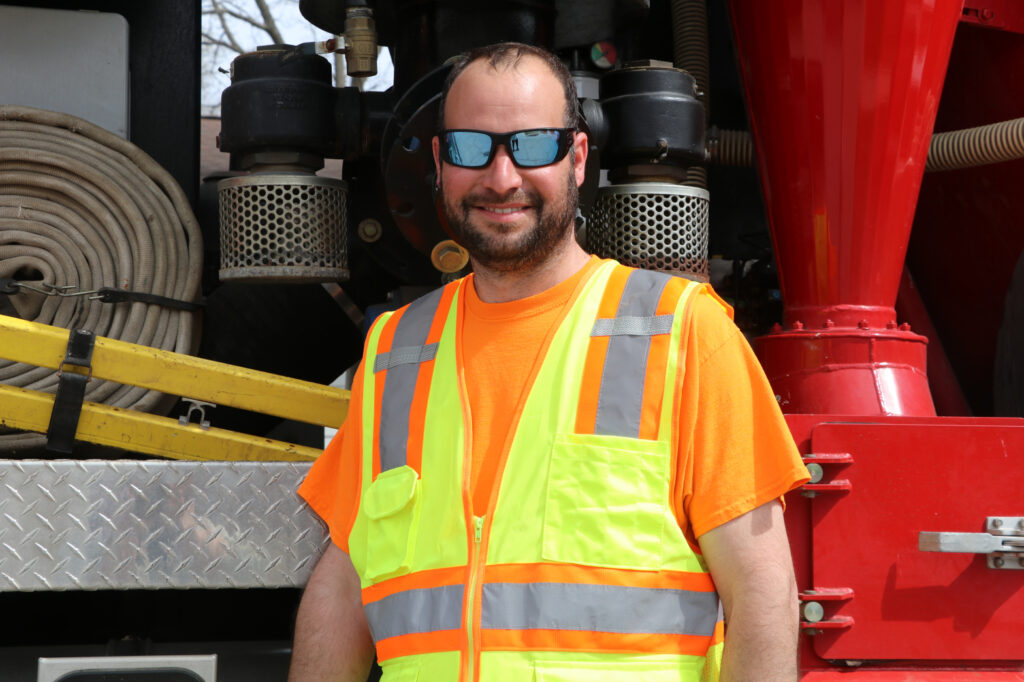 Nathan Holl started Monday, and already, his favorite thing about the job is the variety. “I like that every day is something a little different,” Holl said.

Active in soccer, football and FFA when he was attending Nevada High School, Holl then attended DMACC and studied ag business.

“I like farming,” he noted. He and his brother, Justin, have cows they keep at an uncle’s farm, and for the past 13 years, Holl has been working for an area farmer doing row crop farming and working with cattle.

He saw the City job as a chance for good benefits, which is important, especially when you are engaged. Holl said he and his fiancée, Ashley Clay, from Prairie City, plan to marry in the next year, and Ashley has a 7-year-old daughter, Skylar.

“I’ve never trained anyone with the City, but he’s catching on quick, wanting to learn and wanting to run with it,” Pratt said about Holl.

So far in week one, Holl has gained experience in jetting sewer lines and pouring concrete at the corner of First Street and Lincoln Highway.

While Holl grew up on a farm south of Nevada, midway between Nevada and Maxwell, he knows the town of Nevada well, having attended high school here. Still, he noted, “There are a few streets I didn’t know were there. I’m like, ‘Wow, I’ve been right by there and never been down that road.’” Soon, he’ll likely know them all, especially when winter hits and he starts plowing some of them.

He hasn’t driven a big snowplow, but he has plowed snow for a private company in Ames. “I’m not too worried about (learning) it,” he said.

When he’s not working with the City, Holl said his favorite pastime will still be farming. “I do enjoy it. I like when we have baby calves. It’s pretty cool to show up the next day and see a newborn calf,” he said. He’s helped a few calves come into the world.

His favorite memories of Nevada also involve cattle. Holl was a Richland Mid-States 4-H club member and showed cattle every year at the county fair.

If you see our new Streets Department worker around town, wave “hello.” The City of Nevada is happy to have Holl on board.