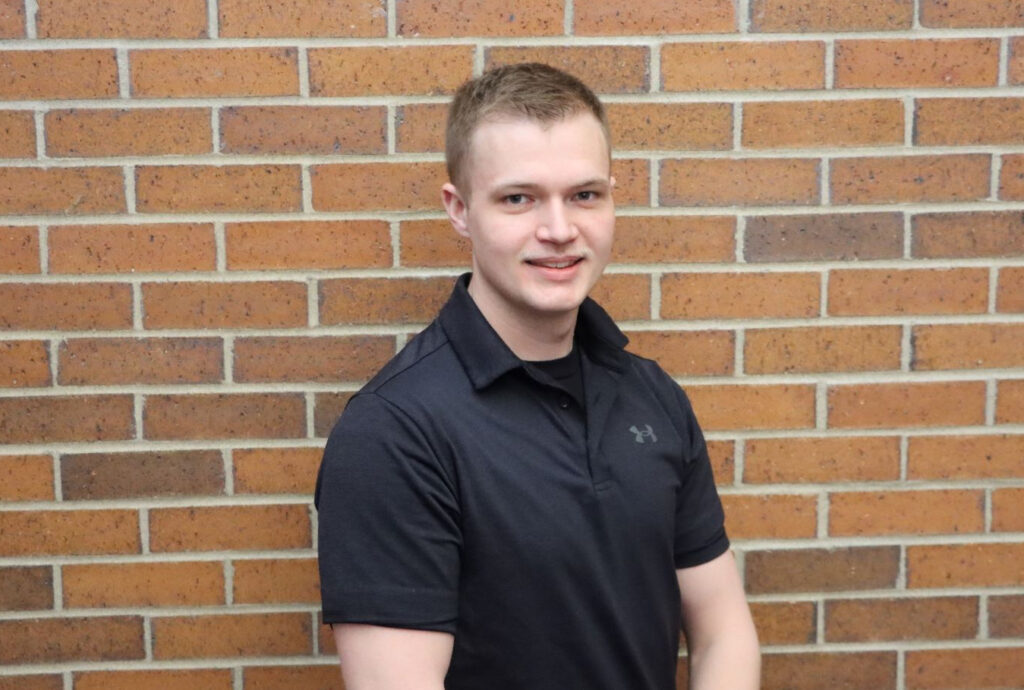 Introduced and sworn in Monday evening during the Nevada City Council meeting, Lane VanderHart, 26, was most recently a detention officer for the Black Hawk County Sheriff’s Department. He was looking for work in the Nevada area after his wife, Olivia, took a job as a park ranger with Story County.

“She just started (with Story County) a few weeks ago,” Lane said. “And we just moved.”

Knowing the move was coming, Lane began looking at the Nevada police vacancy back in January. It’s a long hiring process, and he is excited for the opportunity to become a community officer.

As far back as he can remember, Lane said, he’s loved helping people and being in the great outdoors. When he attended Ellsworth Community College after high school, he was studying conservation technology with the goal of becoming a park ranger, just like his wife has become.

“With the competition of (park ranger) jobs, it’s pretty much impossible for a married couple to find two park ranger jobs in the same area,” he said. Moreover, since park rangers are busiest during the hunting season, which is one of his favorite yearly pastimes, he began considering another career path.

He worked some factory jobs while his wife finished her four-year degree at Upper Iowa. When Olivia took a conservation job with Black Hawk County, Lane saw the detention officer position with the Black Hawk County Sheriff’s Office as a great way to get his foot in the door toward eventually become a deputy.

Next week, Lane will head to the Iowa Law Enforcement Academy, and because his wife went through the Academy already, as park rangers must do, he said he knows what to expect.

So far, in Nevada, Lane is filling out a lot of paperwork, being shown the community, and getting to know his coworkers in the City. “I haven’t met everybody yet, but the people I have met have been great,” he said.

Other notes of interest about Lane VanderHart: