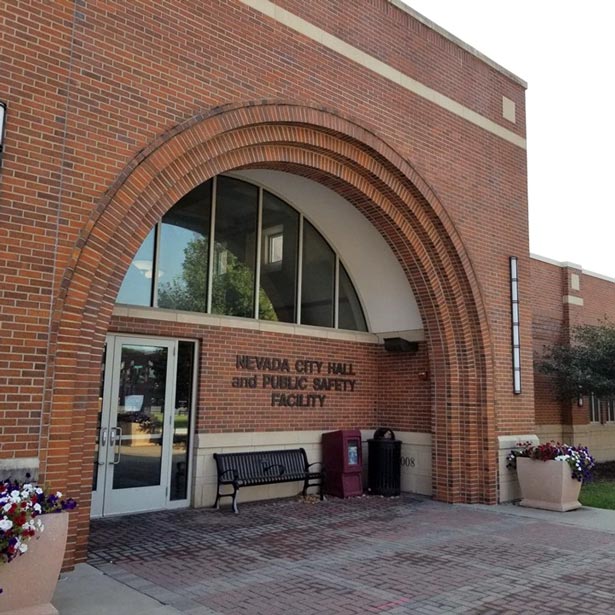 The Nov. 14 council meeting included a full agenda. Among the items approved were three pay requests to companies working on the new wastewater treatment facility.

Two public hearings took place on rezoning of properties at 625 Academy Circle and 2000 5th Street, where housing development/housing growth is anticipated. Residents can read more about the plans for these housing developments in the December issue of “Our Nevada.” The hearings held at this meeting were only about rezoning of the properties. The layout and specific details of these developments will be considered for approval at a future meeting after details are first reviewed by the City’s Planning and Zoning Commission.

At least two council members would like the Nevada Public Safety Department to weigh in on amendments to Ordinance No. 1037. The amendments include adding an additional stop sign on 14th Street and yield signs on J Avenue. An amendment will also ask for “no parking” on the south side of H Avenue between 10 and 15th streets (due to the new bike lane on the north side of H Avenue). The second reading was approved, and the public safety department will be asked to review the changes before the third and final reading.

A number of payments from the Urban Renewal Tax Revenue Fund were approved, as can be seen on the Agenda under item A of New Business. One payment had a typo in the amount. R Friedrich & Sons/LMI will be paid the corrected amount of $149,961.

City Council members approved a new security camera system for City Hall and the Nevada Public Library. The lower bid from Astra was accepted for the project. City Administrator Jordan Cook explained that Astra provides the security system for the aquatic center, and Parks and Recreation has had favorable interactions with the company. The Astra system will also be hard-wired into the City’s existing server, not requiring an additional purchase of space on “The Cloud” to operate.

Cook shared that the City had participated in the Nevada School District’s recent job fair, which had many business representatives from the area. He also commented on the recent Main Street Nevada and Nevada Economic Development Council’s annual dinner event, which included Leadership Nevada graduation.

Councilman Jason Sampson, who serves on the Lincoln Highway Days committee, said a meeting by that group was held recently, and some new and exciting things are being planned for the 2023 celebration.

Councilwoman Sandy Ehrig expressed her excitement about a public art event planned for Feb. 25, 2023, which will showcase young artists in the afternoon and have an adult gathering that evening featuring music and sharing of stories.

City Clerk Kerin Wright reported that she and Deputy City Clerk Erin Mousel are continuing work on the City budget and will attend a budget workshop for city clerks.

Fire Chief Ray Reynolds reminded everyone of the City garage sale to be held this Wednesday/Thursday (Nov. 16, 17). He noted most items are reasonably priced. Those attending are asked to pay in cash. And he noted that all departments, especially the City Streets Department under Joe Mousel, have been very helpful in getting this event put together.