Old opera house and other buildings get ‘spruced up’ this year 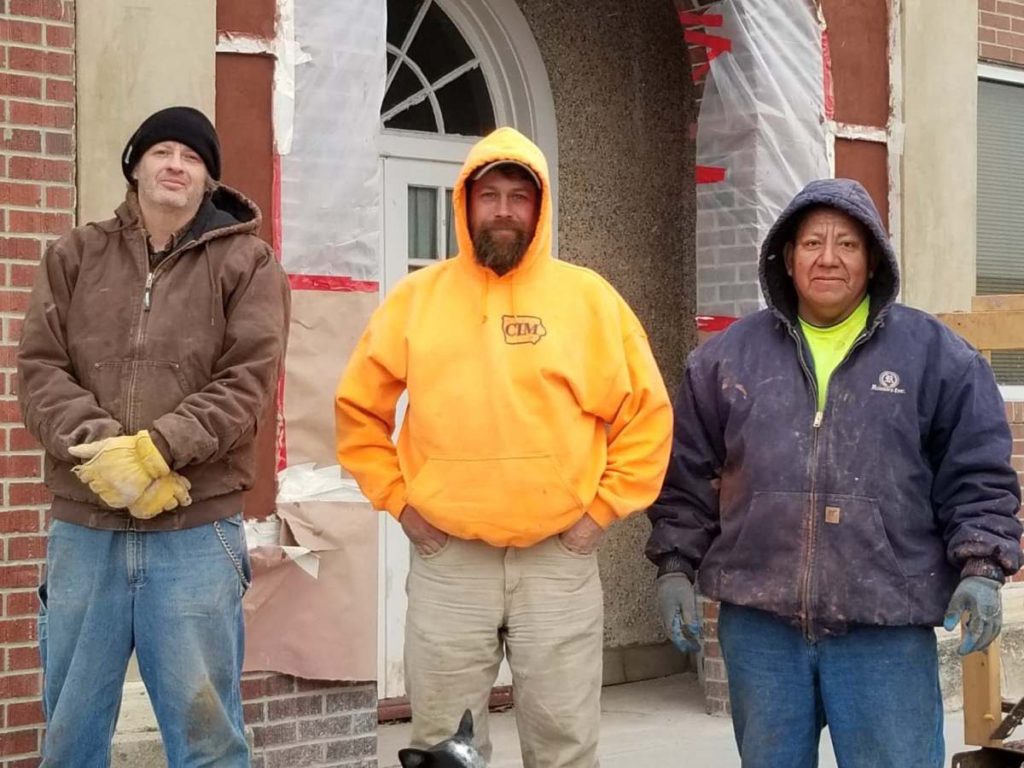 Right before the Thanksgiving holiday, work was happening on the front of the old Nevada Opera House building along J Avenue between Fifth and Sixth Streets.

Nevada Attorney Dan Bappe owns the building, which sits next to his law office.

“The main thing was to get the front of my office tuckpointed and spruced up, and the same with the old opera house,” Bappe said.

Bappe hopes to work with Main Street Nevada and the City of Nevada to improve the old opera house further. He believes the space inside the building can potentially house something new in the downtown area.

Jim Potter, owner of Set In Stone Masonry Services, was pleased to be in Nevada working this year, where the City’s downtown reconstruction project seemed to spur others to want to make improvements to their properties.

“For Phil (Page) we took off the old plaster and repaired masonry behind the plaster, including deteriorating joints and broken brick,” Potter said as he pointed to Page’s apartment building in the 900 block of Sixth Street.

“For Roger (Samson, who owns the old hotel building, also in the 900 block of Sixth Street), we laid all new brick under the new windows he installed, and we restored some stuff behind the building,” Potter said.

“For Dan, we took out the old mortar joints and put in new ones that are waterproof and better looking,” Potter said.

Most exciting was opening the brick archway entrance on the front of the opera house building. “All these bricks (around the opening) and up there (he pointed to where the rectangular block was above the door) were broken and the face was falling off,” Potter said.

In the spring, Potter plans to finish the opera house project, when color will be added to the front block.

Interestingly, one of Potter’s seasonal workers in Nevada is a former Nevada resident and graduate of Nevada. Craig Valline said he was back in the Nevada area this fall, visiting his mother, Patty; his sister, Mary Coughenour and family; and working for his friend.

Potter enjoyed having multiple projects in Nevada, a busy place this year with the infrastructure and street work.

“We coordinated our work with ConStruct and the landscaping guys,” Potter said.
As he looked down the J Avenue sidewalk, Potter noted, “Being a brick layer, I absolutely think [the downtown project] is gorgeous.”