What’s in ‘Storz’ for Nevada’s downtown? 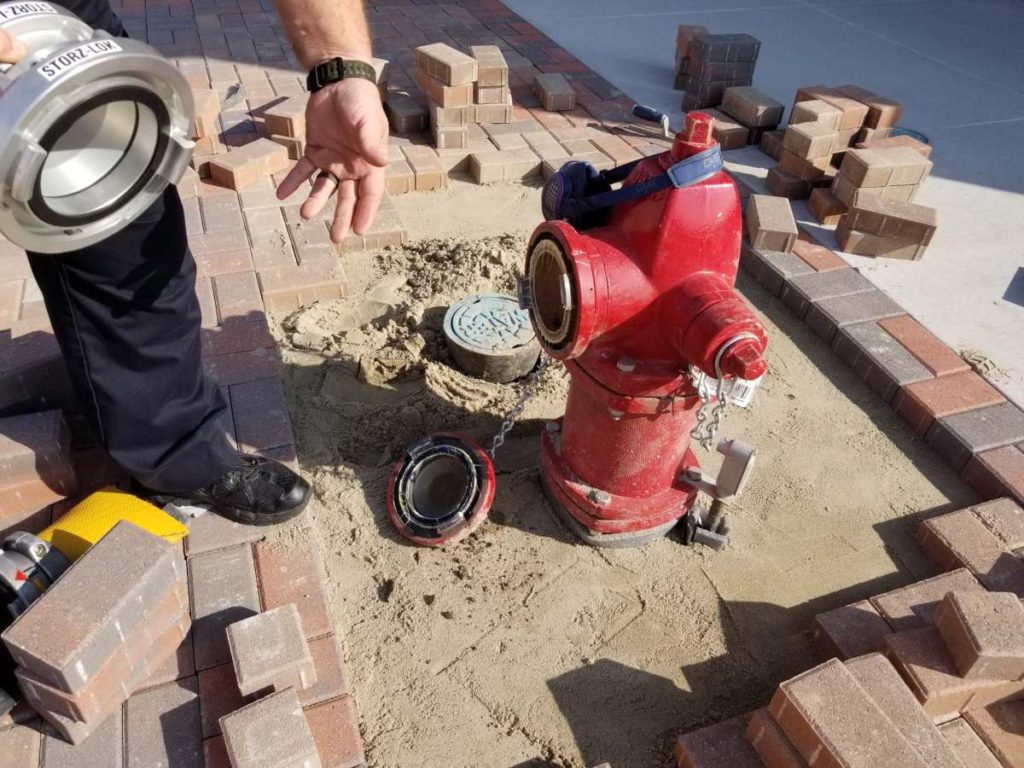 It also includes something you may not yet have heard about — new Storz connection hydrants.

In October, when we celebrate fire prevention and remember the Great Chicago Fire — the blaze that burned in the City of Chicago from Oct. 8–10, 1871, killing approximately 300 people and destroying roughly 3.3 square miles of the city — it is of value to learn about any fire safety improvement we can make in our community.

Storz connection hydrants, named after German inventor Carl August Guido Storz, are equipped with fittings that allow the fire hose to be hooked up quicker than with a threaded hydrant.

“The downtown is truly benefiting,” Reynolds said. “This is the first place in town to get the new Storz fitting hydrants.” He can’t think of a better place to start.

“If I have a building with a fire in it, I really need a lot of water right away, because there’s a potential I could lose the whole downtown. Nowhere else in town do you see rows of businesses attached to each other, so the ability to pull lots of water right away and get a fire snuffed out is critical.”

Nevada’s Building and Zoning Administrator Shawn Cole said the Storz Loks were donated to the Nevada Fire Department by On Track, which has done all the construction project’s underground work. “On Track donated three Storz coupling devices to the City,” Cole said.

Reynolds said one or two of those Storz coupling devices will be given to the Colo Fire Department because Colo and Nevada work in tandem when a structural fire is happening in either of their fire districts.

In the future, any fire hydrants needing to be replaced in Nevada will be replaced with the Storz hydrant. Reynolds admits he’d love to see the day the town has “all Storz hydrants throughout,” though it’s not likely. For now, he’ll celebrate having them where they are in Nevada.

The ability to put Storz hydrants in the downtown has been the result of great teamwork. “This has resulted in really good communication between the fire department, the building department and the water department,” Reynolds said. “It’s a great example of how our city works together.”

Cole agreed and again thanked On Track for purchasing the three new Storz coupling devices. “That was really great help and much appreciated.”

“When they upgraded water lines in the downtown and a few other areas of town,” Reynolds said, “that took our ISO from a 5 to a 3 on the 1-10 system. You want to be as low as you can be, because it affects your property insurance costs.”

ISO, Reynolds said, is impacted by many factors, including a fire department’s capabilities, prevention, training and response; how much equipment it has; dispatchers’ abilities and timely response to emergency calls. “And it is heavily weighted on the water supply of the community, and getting that water supply quickly into a fire attack.”

Said Reynolds, “Some cities have full-time fire departments and are not at a 3, so we’re really happy that we can do that for our community.”