Driven by personal tragedy, Dubendorf wants to leave a legacy of giving back 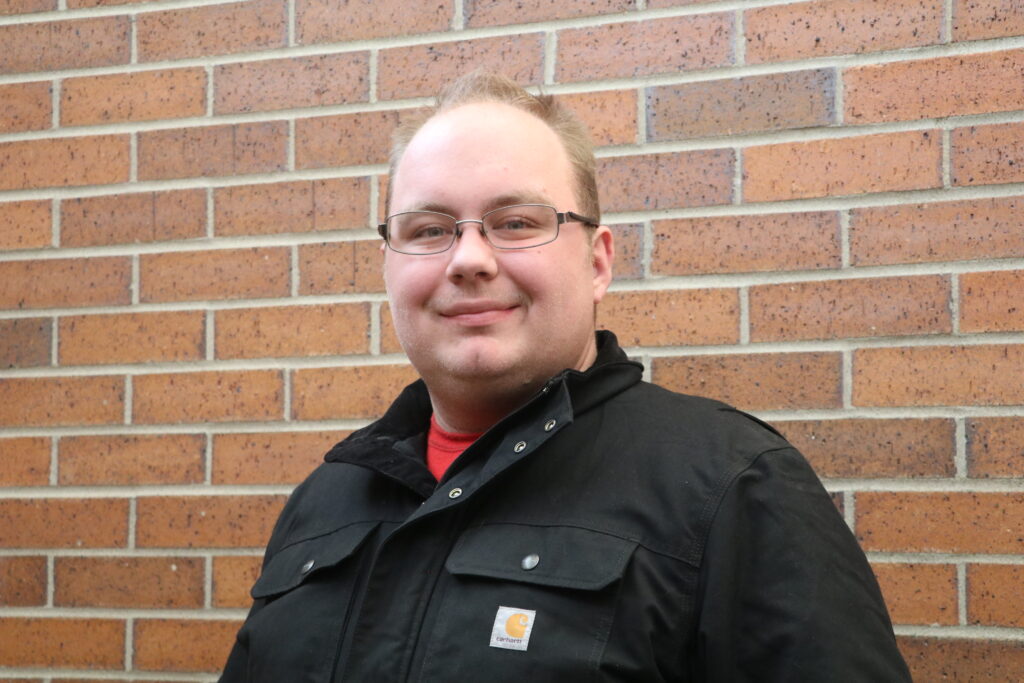 Nevada’s newest firefighter in training is a guy who said he’d felt the need to give back ever since going through the tragic loss of his little brother.

Devon Dubendorf, 27, a 2012 graduate of Nevada High School, was frank about the main thing that drove his desire to be a firefighter.

“It really started in 2015 when River had his accident,” Devon said. River Thompson was just 17 years old and a junior at Nevada High School when he was the victim of a tragic crash south of Nevada on his way to school.

Following the accident, River was hospitalized at Mercy Medical Center in Des Moines, where he underwent two surgeries to reduce pressure on his brain. Sadly, he never regained consciousness, and his family made the painful decision to take him off life-support on Dec. 20. They were able to keep him alive long enough for several of his organs to be donated.

“River’s legacy is being a hero. He saved three people’s lives five days before Christmas that year,” Devon said. “Now it’s my turn to give back.”

Devon remembers how vital the first responders and deputies were when River’s accident happened, and how their efforts ultimately made it possible for River’s organs to be donated.

“I hope it doesn’t happen (another family going through what his family did when River died) … but if it does, I want to be able to provide another family with the kind of response we had that allowed my brother to survive long enough to donate organs so we could have that sense of positive closure.” Devon said his entire family has become very active in the Iowa Donor Network since River’s death.

Two other things also played into Devon’s ability to become a firefighter this year: Moving into Nevada awhile back with his young family and finally feeling he had the time to serve, and losing 90 pounds after a weight loss surgery in September 2020.

“I’ve always been a large person, and I did this weight loss surgery and had this huge rush of energy. It showed me that if you put your mind to something, you can do it,” he said.

Devon is presently in a 30-day probation period with the Nevada Fire Department. “I get to respond to calls to show I’m dedicated,” he said, explaining he doesn’t do anything on calls yet. But, he said, “Every Wednesday for a little over a month, I’ve been training with them, and I’m hoping by the first Wednesday of March, I’ll be voted on to become a full member.”
From that point, Devon will undergo a one-year probation.

He’s enjoying everything he’s experienced so far with the department.

“Everybody is very welcoming and the communication is very good. After that first Wednesday when they voted me in as a probationary member, Ray (Chief Reynolds) pulled me in to do all my paperwork, and then Fred Malven (an assistant fire chief) got me all of my gear. They quickly make you feel like you’re part of the group.”

Devon has aspirations to also get into the EMT side of the department.

“My employer put me through a four-day course on basic lifesaving and first aid training a couple years ago, and that really sparked my interest on EMS,” he said.

In his day-to-day life, Devon is a husband to his wife, Breanna, and a dad to their three children, Jace, 6; Layne, 5; and Maci, 3. His parents also live nearby. His mom Carrie Thompson and stepdad Clint Thompson live in rural Nevada. His dad Heath Main and stepmom Tanya Main live in Ames.

Devon is employed full-time for Atlantic Coca-Cola Bottling Company, based in Ames. He is the warehouse and transportation lead. He’s worked for Coca-Cola since 2015 and said he enjoys that it’s something new every day. “It’s constantly moving, never a dull moment. Something is always going on.”

What he hopes his fellow firefighters and the people of Nevada will come to appreciate about him is this: “I want to help people. I have a desire to give back. I’m a problem solver and a quick thinker. I like trying to figure things out, and I have good people skills.”

Please join us in congratulating Devon Dubendorf on his membership with the Nevada Volunteer Fire Department.