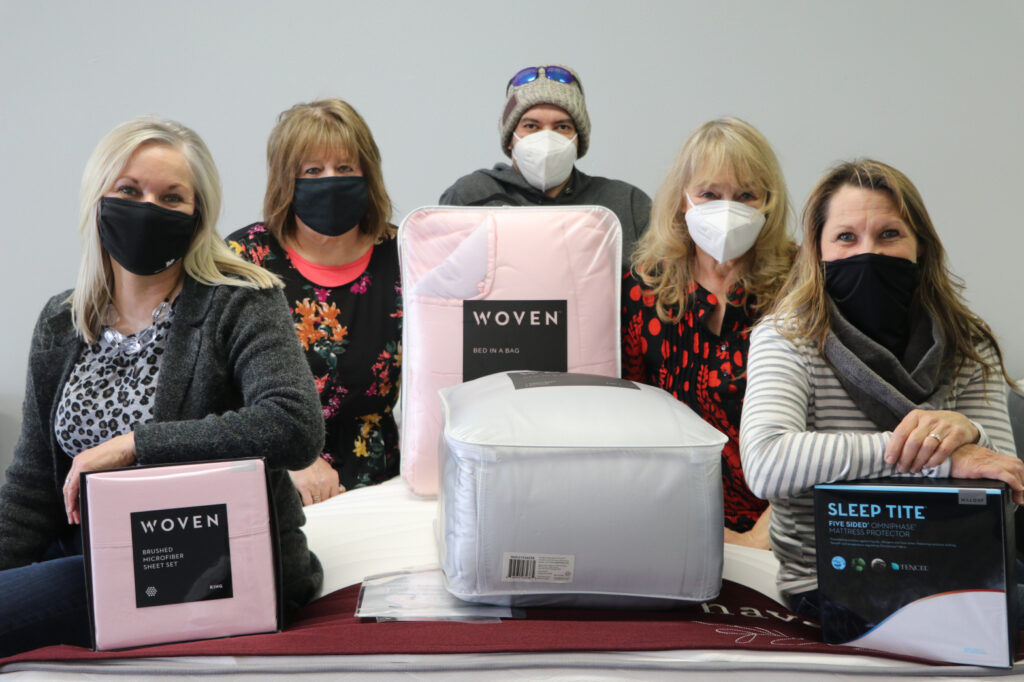 Five people in Nevada are finding that they share the same heart.

Angie Dugger describes it as a “heart for giving back and helping others,” and in this case, it’s a heart for helping victims of human trafficking.

In January, Nevada leaders sought to bring awareness to the issue of human trafficking. One of the City Council’s Community Coffees (available via Zoom on the City of Nevada, IA Facebook page) featured the topic. City Councilwoman Barb Mittman hosted two knowledgeable speakers who work for Youth and Shelter Services. They opened our eyes to the fact that human trafficking is happening right here in Central Iowa.

Dugger said getting involved in bringing awareness to this atrocity and helping its victims has been on her heart for quite some time. The personal experience of an acquaintance stirred her heart. “Although the stories and situations of the participants vary, I was struck by how their vulnerabilities opened them up for exploitation and how anyone can fall prey to this,” she said.

Several years ago, a fellow educator involved with Wings of Refuge noted Dugger’s talent for interior decorating and asked if she might want to help prepare a safe house for victims of sex trafficking.

“I said, ‘I’ve got the time. I’ve got the energy. And, I want to do this,’” Dugger said, so she joined Wings of Refuge’s Christ-centered mission to “end exploitation.”

Dugger became one of many Christians fighting the terrible realities of human trafficking and slavery. Her husband, Kris, a local optometrist, also joined the cause by providing eye care to recovering victims.

During the past year, Angie Dugger has brought more people into the mission. Next week, she and four other Nevadans will celebrate as the second Story County safe house opens to provide care.

“I must have driven by here (Sweet Dreams Mattress Center) 100 times,” Dugger said. “And finally one day, I walked in and said, ‘My name’s Angie Dugger, and I have a heart issue I want to talk to you about.’”

On the other end of that conversation was Mari Moreland, owner of Sweet Dreams. Moreland is someone who believes she might have come face to face with a trafficker at one point in time. She’d rather not go into the details of that encounter, but it affected her.

“I told Angie that the issue of trafficking was on my heart too,” Moreland said.

Dugger needed beds for the safe house, and she needed a good deal. Moreland told her to save her money for other needs. Between Sweet Dreams and one of its mattress/bedding suppliers, Malouf, which operates the Malouf Foundation, they would get her beds and bedding.

“Malouf Foundation and Sweet Dreams are committed to carrying this mission forward for as long as we can,” Moreland said.

Each female who comes into the new safe house will have a new full-sized mattress with new bedding, including sheets, a comforter, and a pillow. Sweet Dreams will also supply bed frames (because the house will support five females) and an extra mattress and bedding that can be set up quickly when renewed participants are ready to transition to independent living, and new participants are welcomed into the program.

Dugger also reached out to Julie Shickell, knowing she had the talent for repurposing furniture. A mix of renewed furniture and durable multi-functional pieces furnish the home. Shickell was willing to help and also volunteered the help of her friend Jan Lundgren, another talented furniture artist.

“She said, ‘Jan, I think I’ve kind of involved you in something,’” Lundgren recalled with a smile. 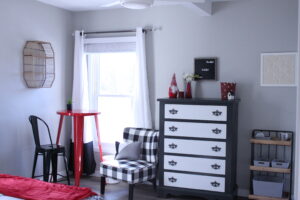 Over the past few months, Shickell and Lundgren have stripped down, painted, and worked on at least 20 furniture pieces, from dressers to side tables and coffee tables. They’ve loved every minute of it.

Not to be forgotten, the other main player in the Nevada group of five is Michael Woten, who works at Sweet Dreams Mattress Center with Moreland. Woten has helped load and deliver various furniture items, and he delivered and set up bed frames and mattresses at the newest safe house.

“I was raised in a southern way… by my great-grandparents, and respect, paying it forward, doing something for others.. those have always been the things that my family does. They’d give you the shirt off their back if you needed it,” Woten said.

Woten also coached two young men — Kamilo Tongamoa and Eddie Ogambe — who have compassionate hearts and had been recruited to serve as the muscle. Woten patiently walked Tongamoa and Ogambe through the art of loading, unloading, and placing furniture.

Dugger said she doesn’t know how she’d have made the second safe house a reality without all these helpers. “To me, this has become a family,” she said.

The five Nevadans who sat down to talk about this heart-driven endeavor didn’t do it for pats on the back. They did it to bring awareness to a mission that is quietly going on in Nevada and Story County.

Dugger said many volunteers with Wings of Refuge never step into the spotlight. They give houses and property and monetary donations because they feel called by Christ to give something back.

These five Nevadans agreed to bring their involvement forward to make people aware of the opportunity to give. More donations and in-kind services are always needed for the success

of these safe houses, where recovering victims are learning to live again through education, counseling, and faith.