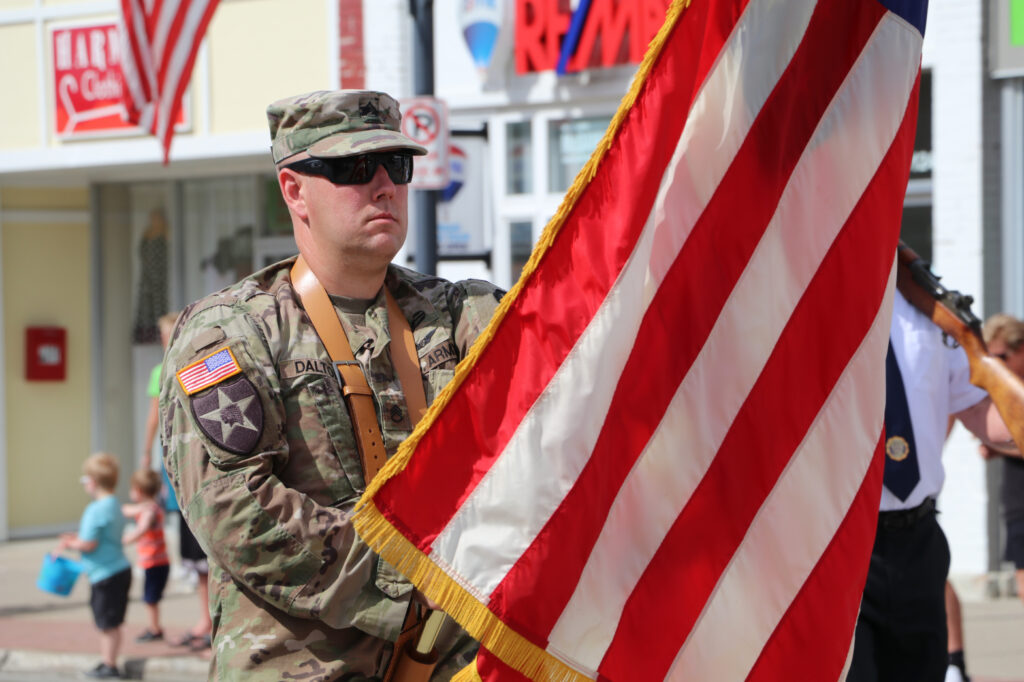 The Fourth of July is looking better than ever in Nevada for 2021.

The Fourth is a Sunday this year, which means a different time for the parade. It also means the Legion will serve its Chicken Noodle Dinner on Saturday. Fireworks will be on Sunday, July 4.

Here’s a rundown of how the weekend shapes up so far.

The American Legion Auxiliary will serve its annual Chicken Noodle Dinner on Saturday, July 3, from 11:30 a.m.-1:30 p.m. The dinner includes side dishes and pie and ice cream. The cost is $10 for adults; $5 for children. Everyone is invited.

On Sunday, the Nevada Fire Department’s annual Fourth of July Pancake Breakfast will return after being canceled in 2020. Serving will be from 7-11 a.m. or until food runs out!
As usual, it will be a good-will donation event, and the Fire Department will offer two dining options: spread out “dine-in seating” in the fire station or a “drive-thru” for those who wish to get their food and eat elsewhere. Directional signage for the “drive-thru” will be posted during the event.

The Legion’s annual Fourth of July parade returns this year but will move to a 1 p.m. start time to not interfere with church worship times. The parade’s route will be announced as soon as it is worked out.

A location for parade participants to gather will also be announced once determined. Gathering for the parade will happen between noon and 1 p.m. Organizers will be carrying clipboards and allowing people to sign up that day.

The Nevada Community Band will be part of the parade on July 4, and will have their “patriotic music” concert on Tuesday, July 6.

Fireworks will happen at the usual location, along 19th Street on the east side of SCORE Park. The public can gather at SCORE or in various places in the area to view the show, which will begin at dusk.

Justin Rasmusson of Rasmusson-Ryan Funeral Home & Crematory, across the street from SCORE, announces the funeral home will have free popcorn, sno-cones and bottled water in its parking lot, starting about an hour to an hour-and-a-half before the fireworks show begins.

Donations to support Nevada’s fireworks show are always welcome and may be dropped off at City Hall or in the City Hall water payment box outside, labeled “fireworks donation.”

–By Marlys Barker, City of Nevada

*Photos are from the 2019 Fourth of July Parade in Nevada