From a little town to a bigger town, Nevada’s newest firefighter is glad to be here 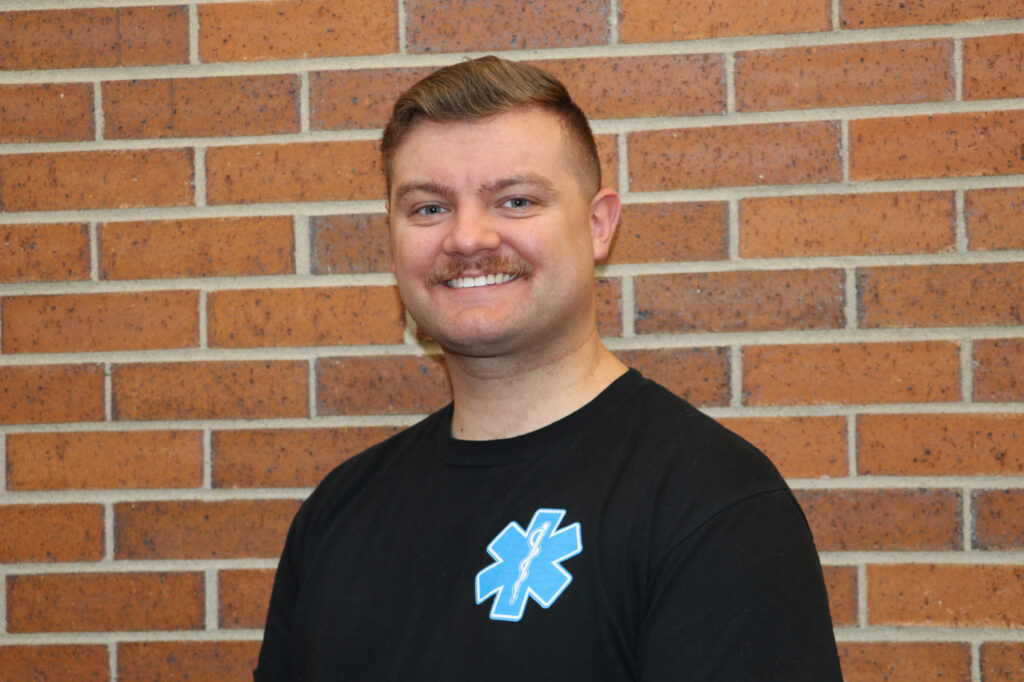 Minburn, Iowa has a population of around 350 people, and Caleb Weddle was a member of its fire department which had maybe a dozen members, he said.

Weddle is excited about the opportunity to be part of the nearly 50-person strong Nevada Fire Department.

“It’s interesting. The first meeting I attended (with the Nevada Fire Department) was more like a big family gathering,” he said.

Weddle’s skills and background are a good fit for Nevada Fire & EMS.

A 2017 graduate of Adel-Desoto-Minburn School District, Weddle headed next to Hawkeye Community College in Waterloo. “I started out studying Fire Science to obtain my fire and EMT certifications,” he said. The next year, he switched to Police Science, thinking at some point he may want to be in law enforcement.

He also enlisted in the Air National Guard following his second semester at Hawkeye Community College.

“After my first semester in Police Science, I left for basic training with the Air National Guard,” Weddle said. He also moved back home and then spent another semester attending Des Moines Area Community College and taking the Paramedic Program. He will finish the program and test in August.

He landed in Nevada when he took a job with Mary Greeley on its ambulance crew. “I like working in healthcare, and I love being on the ambulance. I also like being able to help out in the hospital when needed,” he said.

“I was looking for my own place, and Nevada seemed like a good community. I found a nice apartment, and I have a few friends in this area,” he said.

One of his friends is Nate Gobell, also a Mary Greeley employee. Gobell, as a member of the Nevada Fire Department, encouraged Weddle to consider it.

Weddle likes what the Nevada Fire Department can offer – a wide variety of people to respond to calls, and the ability to work on an Advanced Life Support department. “That (being an ALS department) is different from most every other department in the state,” he said. “I’m hoping to use my paramedic skills to help with this.”

In his free time, Weddle said he’s an outdoorsman who likes to hunt and fish. He also enjoys hanging out with his girlfriend, Logan Ferriss, who is from Nevada and works as a patient care technician at Mary Greeley Medical Center.

Weddle believes he’s pretty easy to get along with and likes to make friends. “I like to see the good side of everyone and get to know people. So far, the Nevada Fire Department has been very accepting to me; I’ve responded to a few calls, and they’re willing to teach me things.”