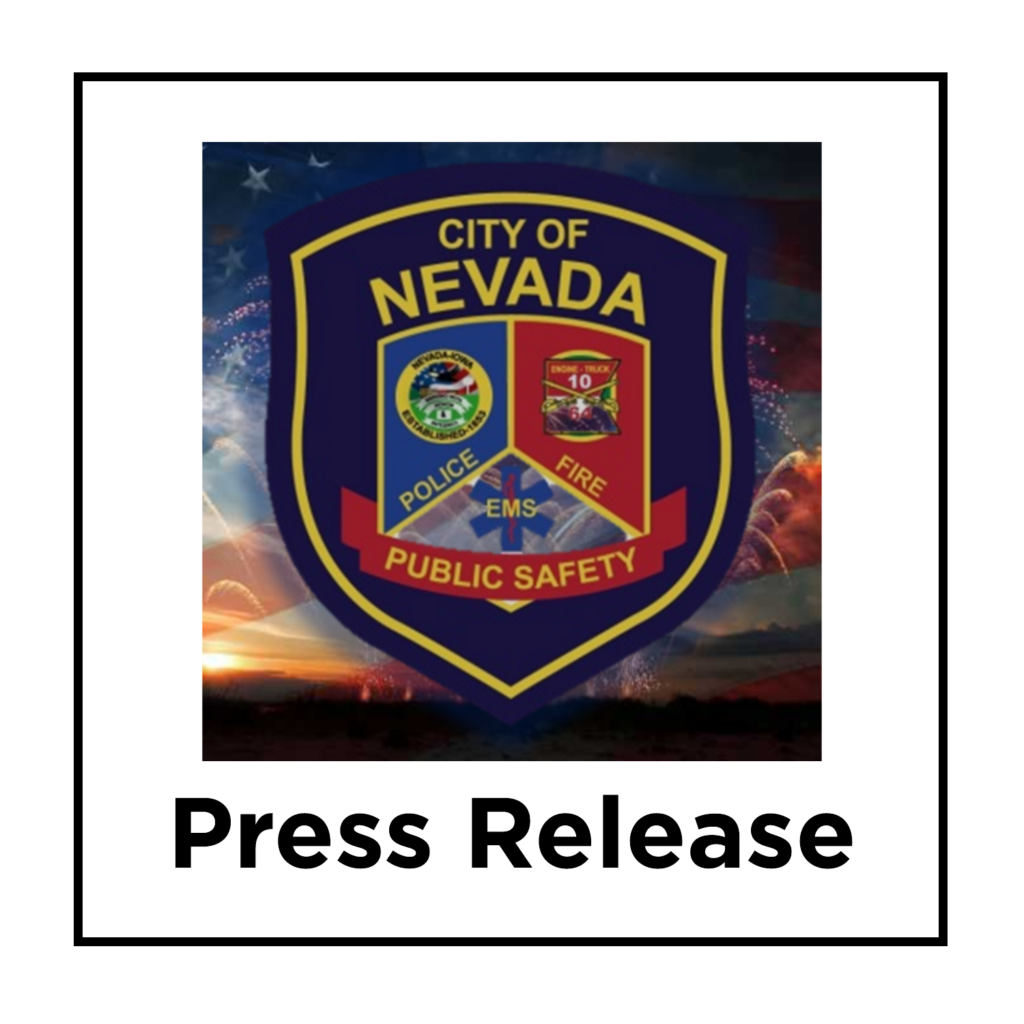 On Monday, June 13, 2022, at 0700 hours, officers with the Nevada Public Safety Department took into custody Morgan Wickers of Nevada, Iowa, for an arrest warrant out of Massachusetts.

Officers with the Nevada Public Safety Department, Story County Drug Task Force, and the Story County Sheriff’s Office executed a search warrant and took into custody Clint M Palmer. During the arrest, a marijuana growing operation was discovered, and eight total plants were recovered as well as other items pertaining to distributing and growing of marijuana. Charges stemming from the search warrant included:

Possession with intent to deliver, Felony

Failure to Register as a Sex Offender 2nd, Felony

Warrants for Failure to Register, Felony, State of Massachusetts

The Nevada Public Safety Department would like to thank the US Marshalls Office and the Sturbridge Police Department, State of Massachusetts. We would also like to thank the citizens of Nevada for coming forward with information to start the investigation. This shows the trust the citizens have in the Nevada Public Safety Department. We have worked hard to gain the trust of the community, and this is the result achieved when we trust each other; we make our community safer.