Nevada School District has been busy with Renovations and Remodeling 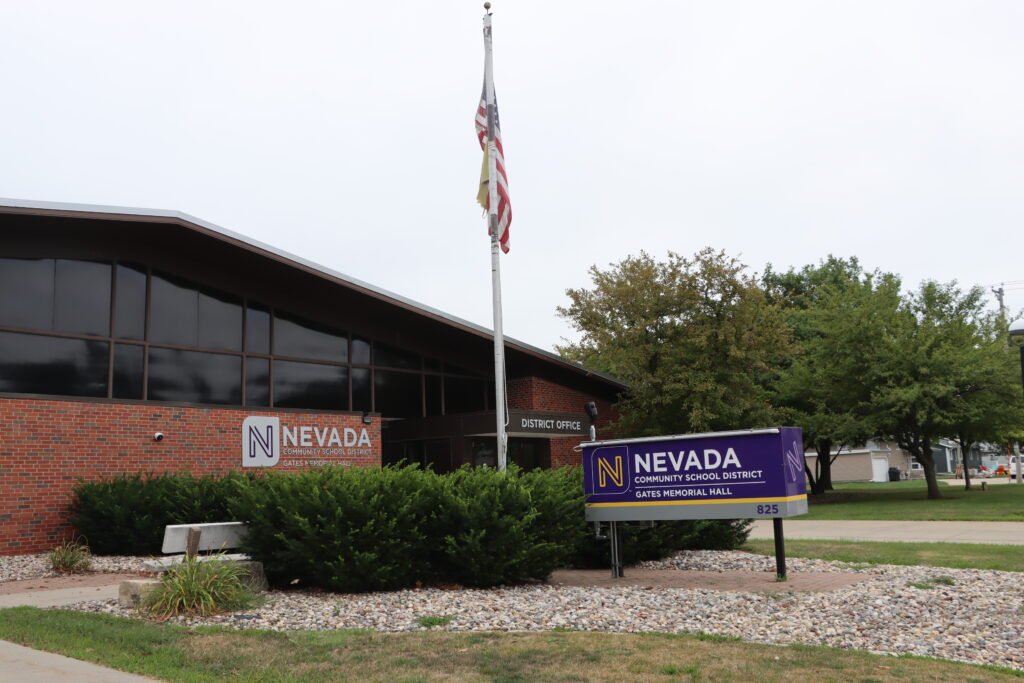 When Nevada Schools Superintendent Dr. Steve Gray was interviewing for the job 10 years ago, facility updates were a major part of the conversation.

Therefore, it is a feeling of achievement that Gray feels for the leaders of the Nevada School District and Nevada School Board of Education, as he talks about the great strides the district has made with facilities and focuses on the latest improvements that have happened at Nevada Middle School and the recently acquired Gates Memorial Hall.

Gates Memorial Hall now houses the school’s administrative offices, and all the way around the building, the amount of space these offices enjoy is apparent.

What was formerly the “south room” is now the workspace of the two business office administrative assistants, an office and records room for the school business manager, an office for the buildings and grounds director, as well as a public computer workspace for people who need help with registration or other online school forms.

The kitchen and serving area remain just as they were with a fresh coat of paint. Those areas and the auditorium are still available for rent.

The auditorium when not rented out to other groups has become a valuable space for the school district. It is where the Nevada School Board meetings are held and is also utilized for other types of large meetings, staff training, student testing space, etc. 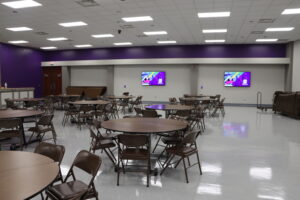 This summer, the auditorium has undergone some updates with new ceiling tiles and lights, fresh paint, and new flooring. Gray said a new subfloor had to be put in and areas of the floor leveled before the top flooring could be put in.

Two more updates are planned for the auditorium – a new stage curtain and a new audio system for the room, which will make it much easier for people to listen to live-streamed meetings.

The north side of the building still houses parks and recreation offices (until they move into the new field house, which is under construction. The former “north room,” was split into two large offices for the superintendent and the associate superintendent for school improvement. Gray said the office spaces are big enough that both can accommodate smaller meetings. 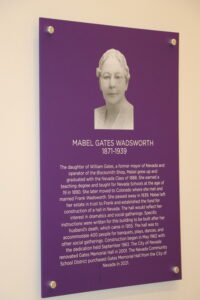 A new IT department area was constructed on what used to be lots of space behind the auditorium stage at the back of the building. This room now houses the district’s IT team, and as Gray points out, windows in the IT department look out onto the high school parking lot. “It’s always good to have eyes on the parking lot.”

Most important to the district when it came to Gates Memorial Hall was to continue to honor the benefactor. A Mabel Gates Wadsworth tribute still hangs on the wall outside the auditorium, and to honor the school district’s history, the north hallway features large pictures of all the former buildings that were part of the Nevada School District. 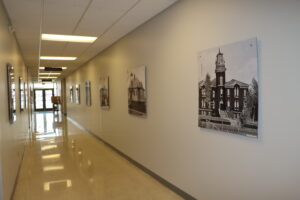 This is the first school year that the middle school renovations are finally going to be enjoyed for the full year, Gray said.

Without a doubt, he said, the two most important improvements to the building were putting in a new HVAC system and a new roof.

For those walking through the building today, who haven’t been in the building for a few years, the space the middle school gained by moving the administrative offices to Gates is very apparent. 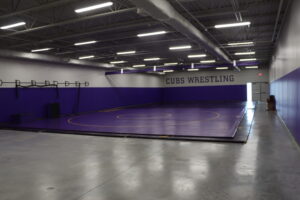 * A new dedicated wrestling room on the east side,

* A new art room in what used to be the middle school wrestling room,

* An expanded area for the administrative offices,

* One clear front door coming into the building and immediately into the school administrative office area,

* And fresh paint and flooring throughout. 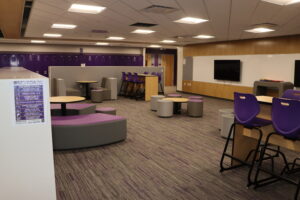