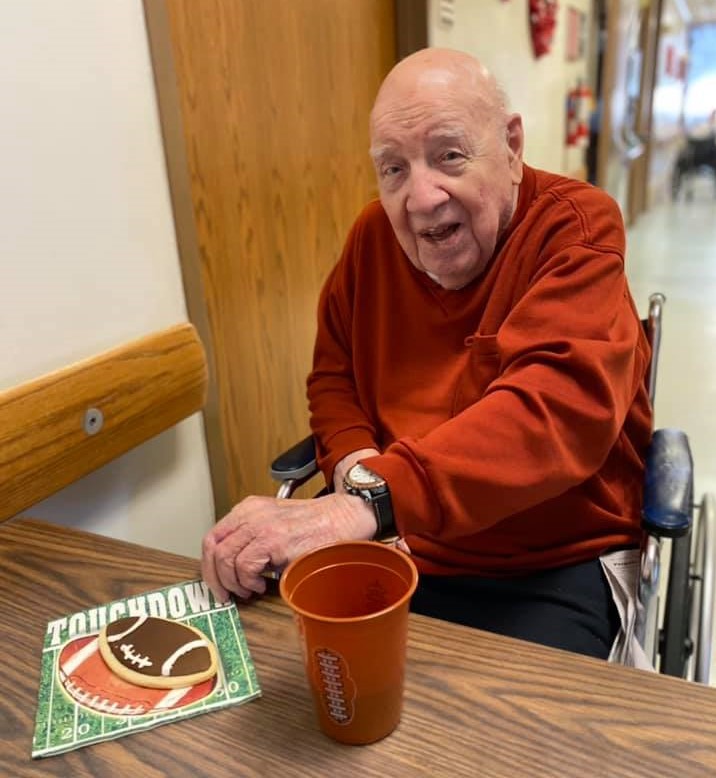 (This story appeared first on the NEDC Facebook page as part of their “Difference Makers” series.)

An article in the Nevada Journal’s March 19, 1992, issue mentions Raymond Kassel’s place in the Nevada Economic Development Council’s history. According to the reporting, Raymond was chairman of the NEDC when the group was first formed in 1989.

Today, Raymond, 95, lives at Story Medical Senior Care in Nevada. His daughter, Ros Dunblazier, of Nevada, shared a few details about her father’s life and involvement in the community.

Born and raised in Mason City, Raymond moved his family to Nevada in August 1957 from Britt. “He worked for the Highway Commission in various positions in West Union, Decorah, Britt and Ames,” Ros said. “In Ames, he continued to work at the Iowa Highway Commission in the Right Of Way Department, then the Planning and Programming Department.”

The Highway Commission became the Iowa Department of Transportation (DOT) in 1974, and in 1976, Raymond was named the first Acting Director of the DOT. He retired in 1981.In addition to serving at the top of the DOT, Raymond was very active in Nevada.”

He wanted to be part of improving and updating Nevada,” his daughter said. “He enjoyed working on various City projects and goals. He enjoyed working with City officials. “One of his passions, Ros shared, “was to propose and develop a west interchange on Highway 30 at Airport Road.

“In addition to the NEDC, Kassel served on the City’s Board of Adjustment, was Elder and Board Chairman at Nevada Christian Church, was part of the American Legion, and was a board member and president of the Rotary Club of Nevada.

When asked what she appreciates most about her father’s commitment to Nevada, Ros thinks about not only her father but all of those who got involved in this community. “Former leaders and elected officials laid a basis and groundwork for future development and growth in Nevada,” she noted. Now retired herself, Ros has followed in her father’s footsteps and is still involved in several clubs and organizations.

Former NEDC member Michael Neff, now living in Osage Beach, Mo., shared his thoughts about Raymond’s leadership. “I have never thought Raymond Kassel got enough recognition for all he did for the NEDC and the City, especially planning and zoning. Through his leadership at the DOT, he knew what needed to be done to help move NEDC along. As (Nevada’s) P & Z chair, he brought P & Z ordinances to a level that made it possible to accomplish so much without damage to the City or its citizens. I wish someone would nominate him for a lifetime contribution award.”