Erin Mousel takes new position with the City of Nevada 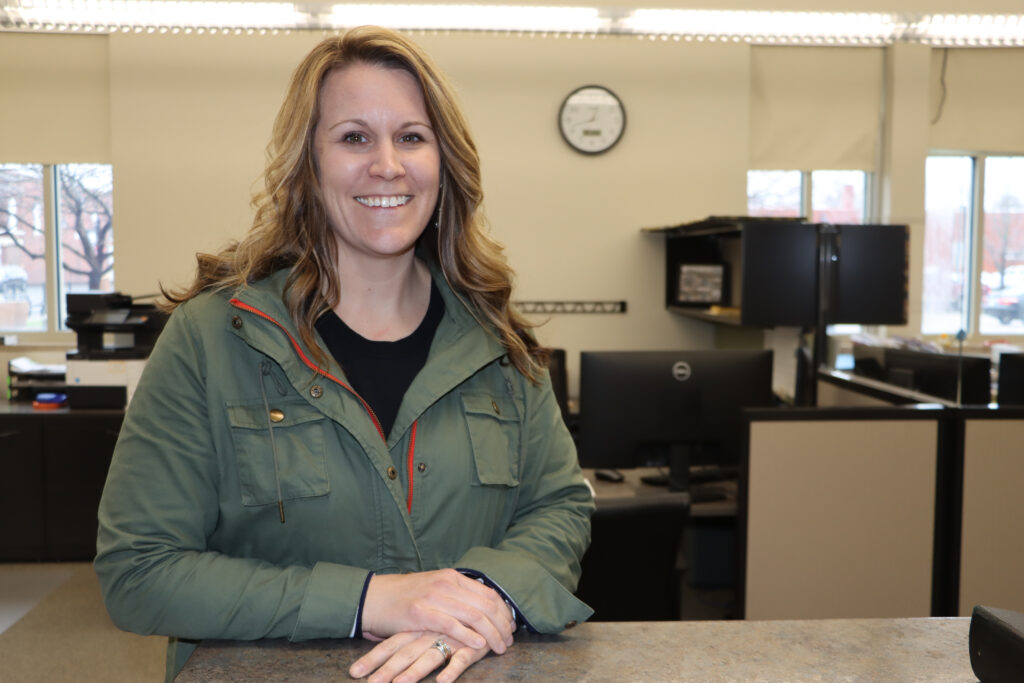 The City of Nevada has promoted from within to add another needed administrative position at City Hall.

Erin Mousel, after 12 years as a program assistant with the Nevada Parks and Recreation Department, started this week in the position of Deputy Clerk-Clerk at City Hall.

“I’m excited that this is a new position,” Erin said. “It will take me a bit of time to learn all the ropes and get my bearings, but the first few days have gone well and grounded me.”

One benefit of already being a City employee is that Erin has a good understanding of all the employees who work for the City and the various departments in the City. Now, she’s adding to that foundational knowledge by learning “all things City Hall.” So far this week, she said, she has worked closely with City Clerk Kerin Wright on everything that goes into preparing City Council packets and agendas.

Erin, a 2001 graduate of Nevada High School, earned a bachelor’s degree from the University of Iowa in psychology and a master’s degree from Drake University in education. She worked as a mentoring facilitator for Youth and Shelter Services prior to joining the City’s parks and rec staff in 2010.

“I loved what I did at parks and rec,” Erin said, “but when the City announced this new position, it peaked my interest. I know it will challenge me professionally.”

The Mousels have two sons, Beckett, 8, a second-grader in Nevada, and Brix, 5, a preschooler.

When not busy at work, Erin and Joe both are active with their sons’ activities. “I’m coaching soccer, and Joe and I are both coaching baseball. Our lives are very much about what our boys are doing, and we also love being outside as a family, especially riding our Razor.”

Erin’s new position places her inside the front office at City Hall on the administration side. She will help other front-office employees in answering phones and helping residents at the front desk when needed. “There’s a really good group of people who work for the City,” she noted. “I’m excited for this new opportunity.”