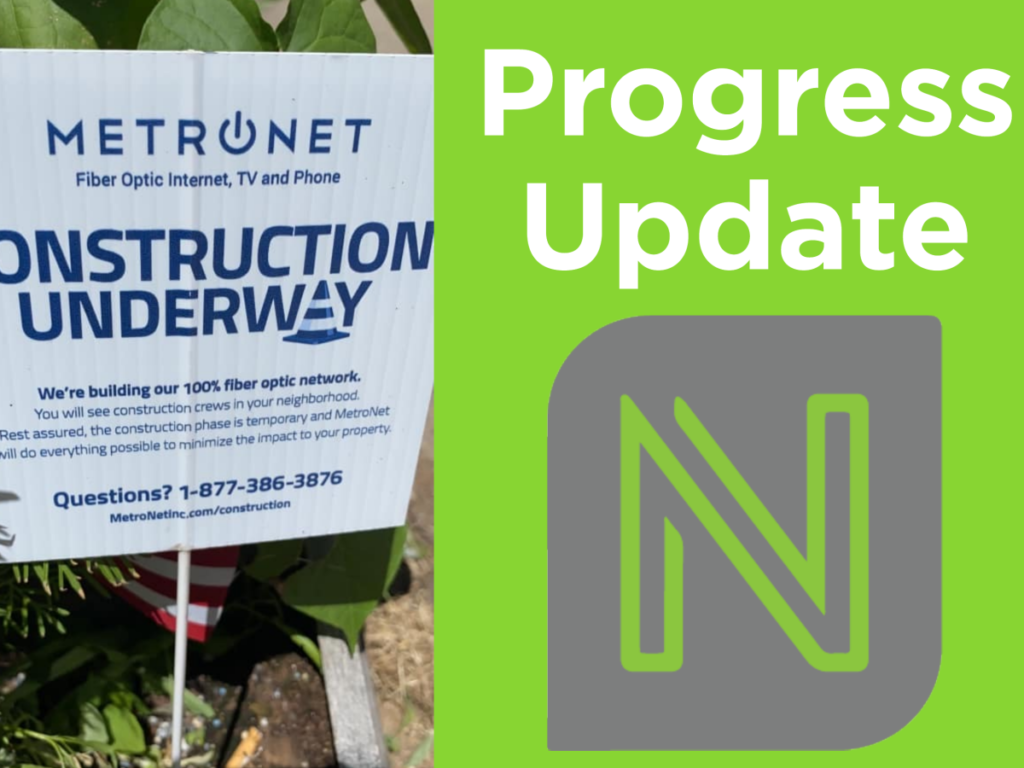 You may have seen the little white yard flags or watched the Mayor’s Coffee & Conversation video via Zoom earlier this year. Here’s an update on what’s happening with MetroNet, a business that will offer Nevada residents another source for internet, television, and phone service.

“As opposed to cable systems where copper is being used to transmit … we use glass,” explained John Storey, Metronet’s project manager in the Ames/Nevada area.

MetroNet offers symmetrical cable. The speed of uploading matches the speed to download, and every customer/home is on its own network, rather than sharing bandwidth with others.

“You’re not tasking our network to use everything you’re using,” explained Joe Salerno, market manager for MetroNet during the Coffee & Conversation.

Residents have, for several years, asked city officials for more internet options in the community. When city officials found out MetroNet was bringing its services to Ames, they asked about including Nevada.

“We were in the area … We think [Nevada is] a great community … We’re thrilled to be here,” Salerno said.

The MetroNet hut for this area is in Ames and comes to Nevada via a route along 13th Street. It comes into Nevada from the north under the train trestle over S-14.

Storey said starting next Monday, he will have a crew in Nevada. Residents will start to see work happening in Region 5 of the city (Nevada is divided into six sections for the project, a map showing the regions can be found at https://construction.metronetinc.com/cct?rm=constructionArea&location=Nevada,%20IA).

If everything falls into place, Storey estimates MetroNet service being available for Nevada by December. Interested customers can inquire about the services now.

Residents who have questions are encouraged to contact MetroNet directly at 1-877-386-3876.