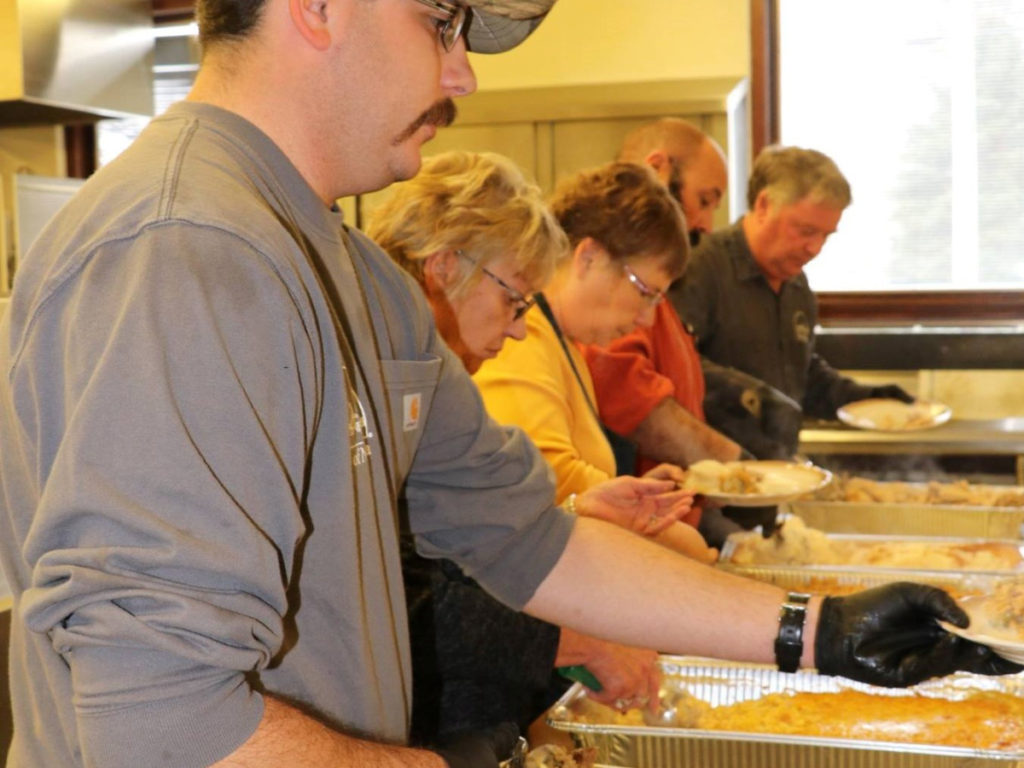 It will be different from the past, but Nevada Parks and Recreation Department staff say the community’s retired population has responded well to this year’s “pick it up” or “have it delivered” Thanksgiving Senior Meal scheduled for Tuesday, Nov. 24.

“We’re well over 100 people who have called in,” said Rhonda Maier, assistant director of Nevada Parks and Rec. “They’re very thankful,” she added, about the department’s decision to go forward with the annual tradition of serving a traditional Thanksgiving meal to older residents right before the holiday.

This will be the 20th serving of the Thanksgiving Senior Meal, which came to Nevada by way of Webster City, where Maier had previously worked with the parks and recreation department.

“When I worked for Webster City there was a potluck that was held at the rec center for Thanksgiving. It was a nice event and I thought maybe it would be nice to do something like that here, only with a prepared meal,” she said.

The first year it was offered in Nevada, she recalled, they had 12 people show up to enjoy the meal of turkey, potatoes and gravy, green bean casserole, scalloped corn, dessert, and a dinner roll. In recent years, the meal has brought in around 120 people, who usually show up and eat at Gates Hall, where Maier, parks and rec employee Erin Mousel and other helpers have cooked and prepared it.

“My mom and aunts have come to help. We’ve had a variety of different people help over the years,” Maier said.

One change in recent years is the cooking of the turkey. “We used to cook it in roasters (at Gates). Now, the Nevada Schools actually cook the turkeys for us and that has taken quite a bit of the burden off of us,” Maier said.

Moving ahead despite COVID

Maier and Parks and Recreation Director Tim Hansen admit they had to really think about how they would continue the Thanksgiving Senior Meal tradition this year, during an international pandemic.

“We all absolutely love this event, and it isn’t something we wanted to go away,” Maier said. “But, we didn’t want to put anyone in an unsafe situation. So, we thought about it, and it took us awhile to be like, ‘OK, we can do this,'” she said of the decision to have people pick up their meal or have it delivered.

Since the meal’s announcement in last month’s City newsletter, over 100 calls have come in. Maier said more than half are picking their meal up at the Gates Hall back door (southeast side). For those picking it up, parks and rec staff wants you to enter the school parking lot from 15th Street and drive around the Gates Hall building to the southeast back door, where they will hand you your food containers.

“We received a Walmart Foundation grant for $1,200. So, this year, we are giving the meal away and won’t be asking for a donation,” Maier said.

That’s great news in a difficult year. But parks and rec won’t turn away any donations people still want to give them.

If you want to donate, Maier explains how that money will be repurposed for another big need in the community – feeding families.

From the beginning of serving the Thanksgiving meal, there were always leftovers. “We were always trying to figure out how to get rid of those and put them to good use,” Maier said. “We developed a good working relationship with Jodi Heeren at the Nevada Schools.”

Heeren is the school’s Student and Family Development Specialist. In her position, Heeren works with families who are going through tough times, including financial struggles.

“We started boxing up meals from our leftovers, and she (Heeren) would take them to the families she works with,” Maier said.

That gesture was so well received and valuable to those families that parks and recreation started planning for the “family meals” each year.

“Now we plan for it and make as many meals as we can from the food we have,” Maier said. “We’re at about 250 family meals per year now, plus the 120 or so that we make for the seniors.”

Crucial to its mission over the years, Maier and Hansen share, are some key donors.

“We need to give a shout out to Fareway and to Fareway’s Pat Prusha,” Hansen said. Prusha and his wife, Linda, have spent their own money donating additional meat each year. Fareway itself has also made donations.

Memorial Lutheran Church in Nevada has made a substantial monetary donation each year. Other churches in the community have helped donate canned goods for the meal each year.

This year, in addition to the Walmart Foundation grant, parks and recreation has received approximately $1,200 in other monetary donations, which will be repurposed for a Christmas offering.

“We are able, with the additional dollars, to provide a Christmas meal bag for families in need this year,” Maier said. “So if people still want to give a donation for their Thanksgiving meal, we will add their donations to our preparation of Christmas meal bags, which will go out to families who are also part of the Angel Tree program.”

It’s a lot of great news in a year that has presented its share of difficulties.

And as the parks and recreation department has taken calls from people wanting to be part of the annual Thanksgiving Senior Meal, they’ve heard many “thank-yous.”

“They’re just very thankful that we’re continuing to do this,” Maier said. And because of the advisories to not hold big Thanksgiving gatherings this year, Maier believes the annual Thanksgiving Senior Meal might be the only Thanksgiving meal some Nevada senior residents have this year. “I’m so thankful we could figure out a way to make it happen.”