You won’t believe how successful Nevada Firefighters Inc. has been this year 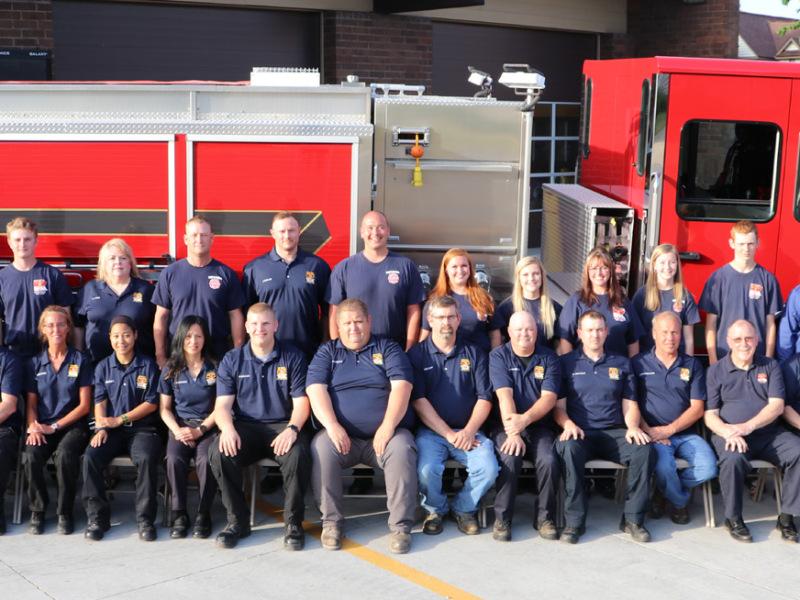 In a year that has seen its share of challenges, the Nevada Fire Department has a success story.

Volunteer firefighter Jeff Gilchrist feels blessed to volunteer his time and talents to track down and write many of these grant applications.

“Lots of hands make easy work,” Gilchrist said, of the way every member of the Nevada Fire Department brings his or her unique skills to help with whatever is needed. For him, it’s the behind-the-scenes work of tracking down and trying to bring in funds to help train and equip the department in the best way possible.

Gilchrist began by talking about the two most recent grants to be secured.

The City will match some of the UP grant funds, and Nevada Firefighters, Inc. will also contribute to the match, bringing the total dollars generated between the UP and Bayer grants to around $15,000.

The UP grant is being split into thirds to help fund three important department missions — ALS upgrade, rehab, and Haz-Mat preparedness.

“We have about four or five members of our department who are paramedics, but our fire department can only function at the BLS (Basic Life Support) level,” Gilchrist explained. “To move up to ALS level – which means the department could do everything an ambulance crew could do for a victim, except transport – we need advanced medical equipment and medications to provide that service.”

Why is being an ALS level agency important? Gilchrist and fellow department member Ray Beaty said it all comes down to time.

If the closest ambulance is out on another call, it will take longer for another ambulance to arrive. If the Nevada Fire Department becomes an ALS-level responder, its trained personnel can provide potentially life-saving treatment to a victim in the critical minutes it takes for an ambulance to arrive.

The two other areas receiving funding are rehab services and hazardous materials response.

Even firefighters need care. The Nevada Fire Department’s rehab services personnel take care of firefighters as they fight a major fire. “Other departments around this area, who have large structure fires, have called upon our rehab services team,” Gilchrist said.

Working on getting grants

When you look at the list of grants received, you see grants from Alliant Energy, Walmart Foundation, Prairie Meadows, and Nevada’s Memorial Lutheran Church.

When Gilchrist finds a potential grant, he brings it before the general membership of Nevada Firefighters Inc. for a vote. If they approve the application, he gets to work.

“Grants are like scholarships in the sense that you can apply for a lot and not get as many as you apply for,” Gilchrist said.

“I can’t compare our success to other fire departments, because I don’t know what they’ve done, but we’ve been very fortunate,” Gilchrist said.

The grant funds achieved this year have also helped at a critical time.

“Usually we’d have other fundraisers, like our hog roast and pancake breakfast,” Gilchrist said.

Those regular fundraising events had to be canceled due to COVID. Nevada Firefighters Inc. also decided not to send out the annual fundraiser letter this year. “We didn’t feel comfortable about that with so many people struggling.”

What do grant awards truly mean?

Grants can help with many things a department needs outside of its normal budget, and budgets get spread even thinner during a pandemic.

Gilchrist and Beaty say the grants received this past year have helped with many needs, but the most important is probably the department’s RIT (Rapid Intervention Team).

With a grant award of $15,000 from Prairie Meadows and $5,000 in previous donations, Nevada Firefighters Inc. purchased RIT equipment.

“This equipment works when a firefighter goes down in an emergency,” Beaty said. “We now have the equipment to go in and get them out quickly. We can use it on victims too.”

In winning the Prairie Meadows grant, several Nevada representatives attended the awards ceremony. “I was astounded,” Gilchrist said. “It was stunning the amount of money Prairie Meadows pours back into area communities.”

In the end, every grant received helps the Nevada Fire Department provide the best service to its community and helps firefighters do it in the best-trained and safest way possible.

“At the end of the day, it’s all about getting our firefighters home safely to their families,” Beaty said.

If you are in a position to donate as this year ends, Nevada Firefighters Inc. will graciously accept your gift and put it to good use. Mail your tax-deductible contribution to:

Please make sure to include your address so a year-end financial statement can be mailed to you if you want.